The country name ‘Macedonia’ is the oldest surviving name of any of the countries within the European continent. Those that inhabited the area were completely different from any of their neighboring countries in language, culture and nationality. The country is situated in the middle of the Southern Balkans, just north of Greece, which was also known as “Hellas” in ancient times. 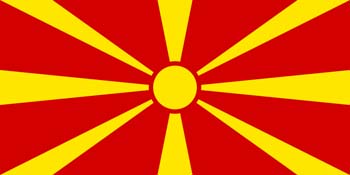 The Macedonians have been greatly influenced by the Greeks as they have continued the use of the ancient Hellenic symbols and names. The country is landlocked, which means they do not have access to oceans or seas and was formerly a part of Yugoslavia. The United Nations calls the country ‘The Former Yugoslav Republic of Macedonia’ so that it isn’t confused with the regions in Greece that are called Macedonia. 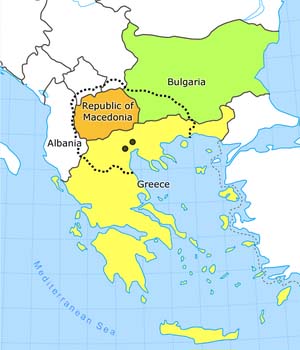 There is evidence that people lived in what we call Macedonia and Indo-European area as ancient Brygian (Phrygian), as early as the second Millenium.

Between 808-399 B.C. the ancient Macedonia kingdom was established with Caranus as the first king. Wars and battles continued through to 413 B.C. with the most notable as the Greek-Persian wars and conflicts with Sparta and Athens in the Peloponnesian War that nearly demolished every city in Greece.

Between 413-399 B.C., Archelaus gains power in Macedonia and creates a successful economy as well as reorganizing the army in Macedonia.

Phillip II rose to power between 359 and 336 B.C. and reinforced Macedonia so that it becomes a great European power with the ability to subdue their neighboring lands that included the Greeks, Thracians and Illyrians. The “Macedonian Era” starts with the defeat of Greece in 338 B.C. and marks the beginning of a new age.

Alexander III the Great was the son of Phillip II and rose to such power that he took the armies of Macedonia through Asia and conquers the entire Persian Empire. At that time, the Macedonian empire stretched from Europe to India and North Africa.

Civil war breaks out with Alexander’s death as infighting between the generals occurred for the positing of ruler of the empire. The territories were carved up by 300 B.C. and distributed to the former generals to become what we now know as Greece, Macedonia, Asia and Egypt.

From 300 to 179 B.C. Macedonia has a strong economy that is reinforced with the Greek occupation. It is followed by two wars for expansion into Rome that ends up in a loss that reduces the original borders, including the loss of all of Greece.

By 146, the battles with Rome end up in a total failure and Macedonia becomes a province of Rome. By 65 B.C. Rome conquers the portion of Asia that was part of Macedonia and by 30 B.C. Rome conquers Egypt, taking the territory from Cleopatra VII. This final chapter ends the Macedonia Empire rule.

From 395 to 886 A.D., Macedonian borders are continually split and changed between Roman rule and eventually, with the Fall of Rome, it takes back its own rule, only to lose it again during the Slavic attack and takeover. It is during this time that the Slavic alphabet is created and the people are converted to Christianity.

From 867-1025 A.D. Macedonia rises to become part of what is now called the Macedonian Dynasty under Basil I and experiences a ‘Golden Age’ of prosperity. However, this doesn’t last long as the Slavs in Macedonia rebel against the authorities and Tsar Samuel takes over in an attempt to expand the kingdom and conquering many lands including parts of Greece, Bulgaria, Epirus, Albania, Bosnia, Serbia, Dalmacia and Montenegro. The effort lasts for a short time as the Macedonia emperor Basil II retakes the empire by 1018 A.D.

The empire exists in a number of battles and wars until it is finally taken over by the Turks in 1389 A.D. and later they abolish the Ohrid Archbishopric which had maintained the religious beliefs of the people.

From 1767 through 1891, various revolutionary attempts were made to overthrow the Turkish rule. In 1893 the VMRO (Internal Macedonia Revolutionary Organization) was founded for the purpose of establishing the independent state of Macedonia. The revolution caused many internal wars and they tried to spread the word in the hopes that it would bring attention to Europe on the struggles of the people of Macedonia.

The revolutions in 1908 finally bring a new National Federal Party by the Young Turk Revolution. 1912-1913 the Turks are overthrown when Macedonia is joined by neighboring countries of Serbia, Bulgaria and Greece. However, Macedonia is refused independence and Greece retakes a portion of Macedonia, renaming it “Northern Greece” and Serbia takes another portion of Macedonia, naming it “Southern Serbia”, thereby getting rid of the name ‘Macedonia’

World War I ends with the Treaty of Versailles which again keeps Macedonia from reforming, but is blended with other territories and renamed as Yugoslavia.

World War II allows the German Nazis to invade the areas and the people collaborate with the Germans for the expulsion of the Jews to concentration camps. By 1943, the communist movement has become popular along with the establishment of a new resolution to allow Macedonia independence. 1944 brings liberation to the country and they establish their first president.

The Greek Civil War (1946-1949) plunges Macedonia again into a situation where the country loses its independence and the people lose all rights and they are again part of Yugoslavia.

It takes until 1991, after the fall of the communist regime, for Yugoslavia to disintegrate and at that time the people of Macedonia proclaim their independence. By 1993 Macedonia is entered as a country into the United Nations.

Agriculture includes wheat, tobacco, rice and corn as well as the raising of cattle for beef.

Exports from Macedonia include: iron, steel, food, tobacco, and beverages.