The small country of Luxembourg is a landlocked country in Europe. This means that they do not have any access to seas or oceans. They are surrounded by other countries: Belgium, Germany and France. For as small as the country is, the people that live in Luxenbourg have the highest standard of living than any other country in Europe. They have northern areas of the country that are heavily forested and to the south are open country sides. The country is politically stable and the people are multilingual and enjoy tax incentives that make their lives enjoyable. 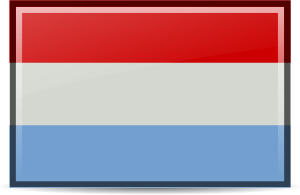 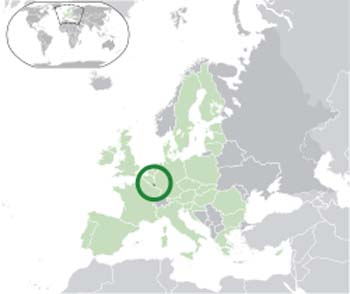 Recorded history shows that people lived in what we now call Luxembourg as far back as the ancient Roman times.

The true history of Luxembourg officially starts in 963 and continues for five centuries to the development of the powerful ‘House of Luxembourg’. This allowed the country a sense of independence, however, it eventually fell and Luxembourg became part of the Habsburg Dynasty in 1477.

The various wars in Europe and the vying factions spun into the Eighty Years’ War. After this war, Luxembourg temporarily became part of what is called the Southern Netherlands and then in 1713 it transitioned into part of the Austrian line of the Habsburg Dynasty.

The next phase of this small country resulted in its occupation after the French Revolution. The Treaty of Paris in 1815 allowed Luxembourg to change into a ‘Grand Duchy’ through the personal union with the Netherlands. It also allowed a second partition of Luxembourg to exist with the first in 1658 and the third partition in 1839. The reduction of the Luxembourg boundaries and territories were reduced, but this had a reverse effect as it increased their ability for independence.

As decades passed, Luxembourg was heavily influenced by Germany, especially after the 1890 creation of a separate ruling house. This influence was to prove detrimental to the country with the ensuing wars.

During World War I, Luxembourg was occupied by Germany on two occasions, which changed the direction of the budding country so that it could not become successful. The occupation of Hitler’s Nazis made Luxembourg a prime target for the various battles during World War II.

In post war times, the brilliance of the people that were guiding Luxembourg took over as they developed the tiny country into becoming one of Europe’s major financial services sectors. With political stability at hand, Luxembourg integrated with the rest of Europe and has developed so that it is one of the richest countries.

Much of Luxembourg’s industry is in the financial services and banking, but they also have excellent industries in chemicals, iron and steel and food processing.

Agriculture in Luxembourg succeeds with potatoes, oats, barley, and wheat as well as livestock products.