We pretty much don’t take any notice of our lungs. We breathe in and out every day and just assume that they will work. The only time that we really notice them is when we get a cold or the flu and it becomes difficult to breathe or when we exercise a lot and start to breathe heavier. 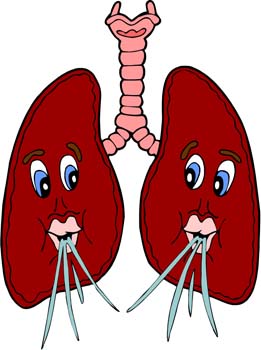 The main purpose of our lungs is to act as a kind of transportation stop off. Our blood runs through our body, goes to the lungs to pick up oxygen from the air we breathe in and then drops off carbon dioxide, which we breathe out. 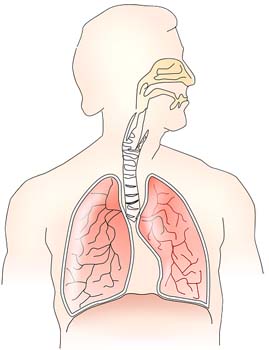 One of the lung disorders that occur is asthma. An asthma attack occurs when the airways are irritated and they begin to narrow. The process of narrowing makes it difficult to breathe.

A deadly disease for the lungs is pneumonia. Fluid fills up in the lungs making it more difficult to breathe and the lungs can’t absorb oxygen.
Other lung diseases include: tuberculosis, emphysema and bronchitis.
The lungs contain ‘alveoli’ that is so extensive, there are about six hundred million in the lungs. When they are stretched out they would end up being a tennis court size.

The lungs have special little hairs in tubes in your lungs that move up and out. This helps the special cells that produce mucus. Mucus in the lungs is also specialized as it catches bacteria, dirt and dust that you breathe in as well as bacteria in the air. 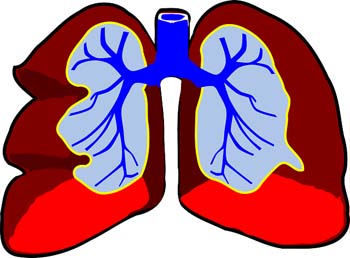 You need your lungs so that you can talk. The windpipe (trachea) has an area just above it called the larynx or the voice box. This contains vocal cords that are two small ridges that open and close giving you the ability to make high or low sounds. The amount of air that comes from your lungs through the vocal cords can change the volume or the pitch.

Your brain is basically the ‘master mind’ in controlling how fast or slow you breathe. When signals are sent to the brain that the body needs more oxygen it tells the lungs to move more quickly. The brain monitors and controls your breathing whether you are awake or asleep. It is part of what is called an ‘automatic reaction’ of the body