That’s lightning. But why doesn’t it lighting all the time?

Aren’t clouds made of water and ice droplets? 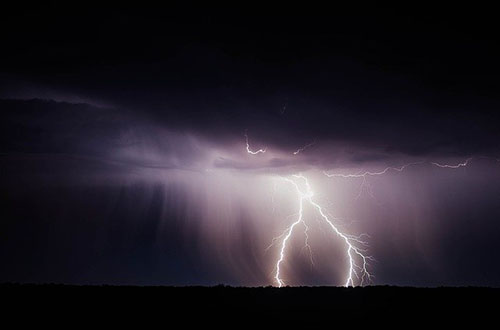 Yes, they are, but the electricity produced in a cloud only happens when the cold and hot winds blowing the clouds mix together to make the air unstable (stormy).

That is why lightning only happens during storms. 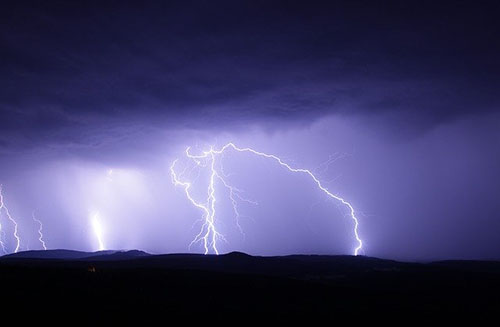 There are several different types of lightning:

INTER-CLOUD LIGHTNING: This is lightning that takes place between two or more different clouds. The negative charges from one cloud reach out to the positive charges of another cloud. This does not happen very often.

FORKED LIGHTNING: Forked lightning is the scary looking lightning we see during bad storms. It has one long streak with lots of forks or fingers along each side of the main streak. Forked lighting can go from cloud to cloud or from the clouds to the ground.

How are lightning and thunder related 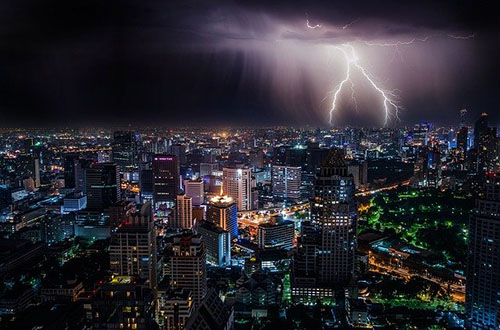 Thunder is the sound lightning makes. The sound is delayed; meaning it doesn’t happen at the same time.

But did you know you can tell how far away a storm is by counting the number of seconds it takes to hear thunder after seeing lightning?

Count the number of seconds it takes for it to thunder after you see a streak of lightning. Divide that number by 5.

The answer is how far the storm is from you in miles.

Be safe in a Storm 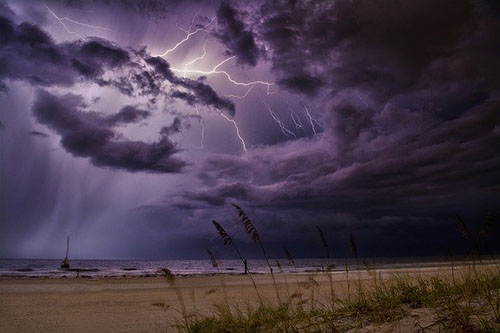 If it is storming outside or if you see lightning, it is best to stay inside. You must also remember to: