There are certainly some awesome lakes around the world! But how did they come about and what other interesting things can we learn about them? Read on to find out. 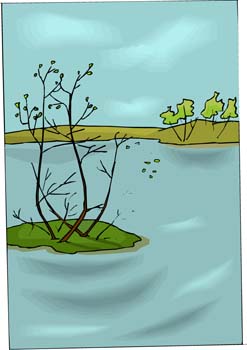 What is a lake?

A lake is an inland body of water, that doesn’t really move all that much. They usually have a river or stream that drains out of them or feeds into them.

Water in most lakes flows in and out through rivers and streams. Lakes that only lose water by evaporation, where water goes back into the atmosphere or underground seepage are called endorheic lakes. Seepage is where water escapes very slowly through small holes. 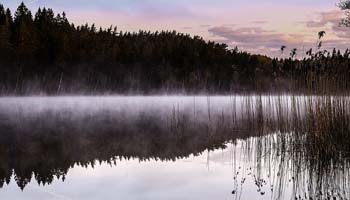 How do lakes form?

Lakes contain about 90% of all the surface water on Earth, not including oceans. Lakes form when water finds its way into a basin. In order to survive they need to have a constant flow of new water, otherwise they’ll eventually dry up.

They can form by tectonic related changes of the landscape, which is about how the crust of the earth moves. They can also be caused by landslides that cause water blockages.

Crater lakes and calderas are formed in volcanic craters. Oxbow lakes are small, crescent-shaped lakes that are made by the meandering or the winding flow of rivers over time.

A lot of lakes today are artificially made to create hydro-electric power, which is made from the falling force of water. They make this water for us to use at home, for farmers or even for big factories. 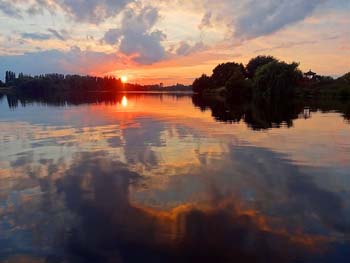 One of the lakes on Saturn’s moon Titan, called Kraken Mare, is a massive 388,500km² which makes it larger than the Caspian Sea. But do you think it’s got water inside it? No it doesn’t, it is actually a lake of liquid gas. That would be awesome to see. This is because the average temperature up there is -181°C. Ouch, that’s cold! Imagine seeing a liquid gas lake? That would be weird.

Want to learn a new word? Well it’s Limnology and this is the study of inland water bodies and ecosystems. Go on practice saying it and watch your teacher’s face as she sees how smart you are!

The lowest lake in the world is the Dead Sea that is on the edge of Israel and Jordan. The surface level is 418m below sea level. It is also one of the saltiest lakes in the world.

The highest lake in the world is the crater lake of Ojos del Salado at 6,390m above sea level. The mountain lake sits on the border of Chile and Argentina.

Now you know everything about lakes. Hope you can use this information to be the superstar in your class!