Around seventy (70%) percent of the earth’s surface is covered by water. This includes the oceans and seas, the lakes and rivers, and the ponds, streams, creeks, and puddles. Also, a part of this number includes icecaps, and glaciers. There is also a fair amount of water in the air as water vapor. Each body of water has a name and an important history. Among these bodies of water is the Kara Sea. If you would like to learn some new information about the Kara Sea, you have come to the right place. Keep reading for a whole list of fun facts about the Kara Sea! 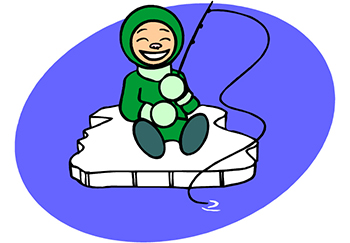 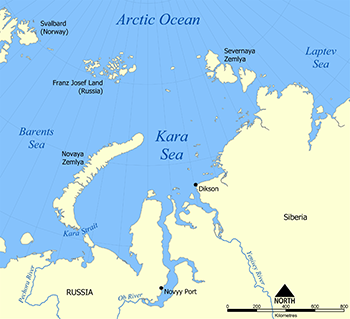 Question: What are the main ports of the Kara Sea?

Question: What is the largest group of islands in the Kara Sea?

Answer: The Nordenskiold Archipelago which contains over ninety (90) islands in five (5) subgroups.

Question: Approximately how deep is the Kara Sea?

Answer: Six hundred and twenty (620) meters which is equal to approximately two thousand and thirty-four (2,034) feet.

There are many amazing things about the Kara Sea and this has been only a very few of the amazing facts surrounding it. As with many things, there is always something new to learn. In this case, one other important aspect of the Kara Sea is the abundance of wildlife. Hopefully, you have learned something new and interesting!