Did you know that Jupiter is the largest planet in our solar system? Well it is, and it’s also quite famous too, well not famous like an actor! It is famous for its Red Spot! Read on and find out about this mysterious Red Spot. 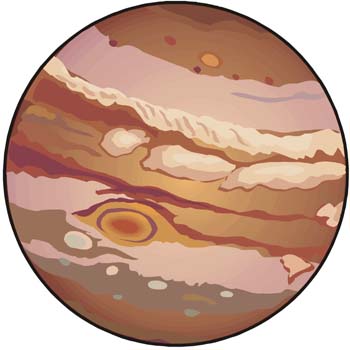 Everything you need to know about Jupiter

This famous Red Spot is famous for its raging gas storms, which give it quite an impressive and even frightening and scary look too. It’s also called the ‘Eye of Jupiter’ because of its shape. Not sure that the place of the Red Spot is a journey we want to take!

There are thick, colourful clouds that have deadly poisonous gases in them that surround Jupiter. Now those are clouds you won’t want to be near. As the planet spins really, really fast, this whips up the atmosphere and creates bands around the planet. Wow! 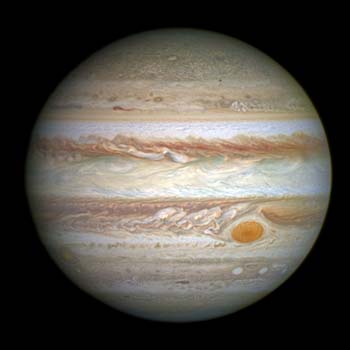 If you were to head down into Jupiter, the thin, cold atmosphere, which is made of hydrogen and helium gas, gets thicker and hotter as you go down. It slowly, slowly turns into a thick, dark fog. About 1,000km down the pressure squeezes the atmosphere so hard that it becomes like liquid. It’s actually a liquid metal. Whoa, imagine travelling 1,000km down into Jupiter?