Jellyfish have been on the earth for millions of years, far longer than even the dinosaurs. There are many different types of jellyfish in all of the oceans; some are harmless and some are very dangerous. 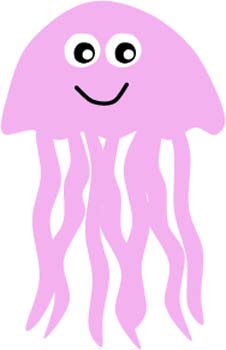 Jellyfish is a name given to the sea creatures that seem to be made up of a kind of gelatinous substance. They are actually made up of protein and water.

Jellyfish cannot swim but must drift along with the tides of the oceans. When a large number of jellyfish end up in the same area due to the tides it is called a ‘bloom’. 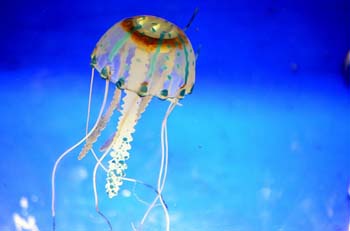 Jellyfish do eat a variety of food types: phytoplankton, which is a small plant, as well as fish eggs, larvae, planktonic eggs, copepods and all types of small marine animals. Some types of jellyfish will actually eat other kinds of jellyfish.

The danger of too many jellyfish is that they eat many of the kinds of foods that fish eat. When the food is gone, they fish don’t have anything left to eat. 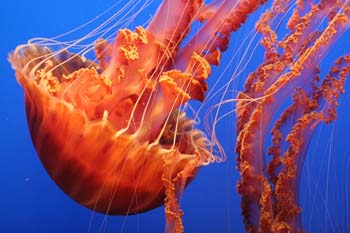 Various parts of China and Japan have been experiencing a huge population growth of jellyfish. The numbers are so great that they are eating all of the food, getting caught in fish nets and even washing up on shore. Some people have taken action by trying to dredge jellyfish up to remove them, but they end up with tons of jellyfish on the ships and the problems keep continuing.