Jeju Island is the largest island off the coast of South Korea, it is situated in the Jeju province. A popular tourist destination, it is also known as the “Island of the Gods” and the “Korean Hawaii”. In 2007, part of the island was designated a UNESCO World Heritage site and in 2011 it was voted one of the New Seven Wonders of Nature. 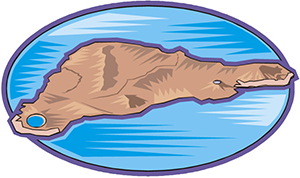 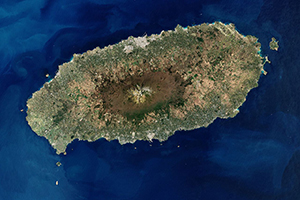 Question: Why is Jeju Island such a popular tourist destination?

Answer: Jeju Island is such a popular tourist destination for many reasons, including its beautiful coastline, its short distance from the capital (1-hour flight), the many parks and protected areas, its own culture and its mild climate. Other features such as the chance to visit where many popular TV shows were filmed, to visit the longest lava tube in the world and plenty of walking trails and cultural activities add to its attraction.

Question: What is the impact of increased tourism to Jeju Island?

Answer: With a second airport on Jeju Island being planned to help ease congestion on what is the world’s busiest flight route, the South Korean government is looking to triple the number of arrivals to the island to 45 million by 2035.

However, while tourists increase Jeju’s profile and economic status, there are plenty of downsides to the increase in visitors and in some cases an increase in numbers threatens to jeopardize the original features that draw so many to Jeju.

Jeju Island has a target of becoming carbon free by 2030, replacing fossil fuels with renewable energy sources such as solar power, wind or hydroelectric. A large increase in tourist numbers will make this target more difficult to achieve as greater energy resources will be needed for more people.

In 2002 Jeju was named as one of the world network of biosphere reserves, in 2007 it became listed as a World Heritage site and in 2010 a Global Geopark. There are worries that greater numbers of tourists will damage its ecosystem and cause greater pollution. Greater visitor number will also increase crowding and spoil the island as a destination for those looking to get back to nature. Local residents currently bear a lot of the downsides of tourism and fear any increase would only make traffic problems, pollution, litter and strained underground water supplies worse. There are also complaints that only a very small percentage of money spent by tourists actually benefits the local economy, with the vast majority benefiting companies based elsewhere.