Italy is known as the Italian Republic and is the furthest most tip in southern Europe. Known for its ‘boot shape’, it is bordered by Switzerland, France, Slovenia and Austria. Italy also includes the islands of Sardinia, Sicily and around seventy additional smaller islands. The country has active volcanoes, most notably Vesuvius near the town of Naples, Etna, near Sicily; and Stromboli, which is just north of the town of Sicily. Italy enjoys many different types of climates including cool mountainous winters and warmer weather due to the warm gulf streams. 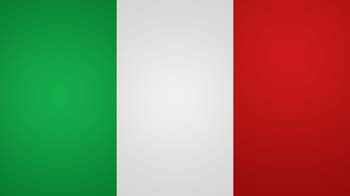 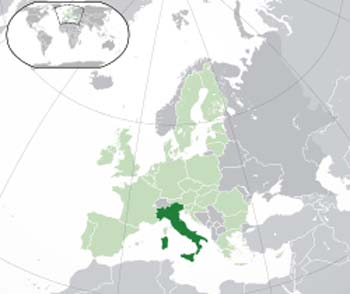 In 500 BC there were a number of cultures that roamed and lived in Italy. The ancestors of the French, known as Gauls lived in the mountains of the north, Greek colonies existed on the island of Sicily and the southern coast and a group from western Turkey called the Etruscans were in central Italy.

It is believed that it was the Etruscans that influenced the creation of bold architecture and the development of sewers and aqueducts that would eventually become Rome.

Rome was founded (according to legend) in 753 BC and had seven kings until 509 BC. When the last king was overthrown, the Roman Republic was formed to be ruled by two elected officials and two groups known as the Senate (wealthy people) and the lower assembly (common people).

Rome went through evolutions of rulers so that they eventually settled on one emperor, guided with the assistance of the two groups. The first emperor was Emperor Augustus in 29 BC, and this created the Roman Empire.

The empire survived and thrived for over two hundred years, using its vast military force to overtake many countries including Britain, the Atlantic coast of Europe and all the way to North Africa and the Middle East.

The end of the ‘peace’ in Rome in 180 AD brought a total change to the country and led to domestic instability, barbaric invasions and rebellions in the territory. It was combined with poor leadership and led to the decline of Rome.

Although Christians had been a main source for persecution in Rome, in 380 AD, Christianity became the official religion, as announced by Emperor Constantine.

The Roman Empire split into two entities in the Fourth Century AD: the Eastern part was the newly constructed Constantinople (now Turkey) and continued to thrive and succeed, eventually creating the Byzantine Empire which lasted a long time. To the west was Rome, which didn’t do so well and continued to decline.

By 410 AD, barbarians sacked Rome and the Roman Empire experienced a complete collapse. Italy was segmented into a number of smaller areas over the next thousand years, and slowly, Rome became the center of the Roman Catholic Church. This time period in history is known as the ‘Dark Ages’.

It took until the Fourteenth Century for prosperity to come back to Italy and it experienced a renaissance in cities such as Milan, Genoa, Pisa, Florence and Venice as trade centers. This was the period when the great artists, scientists and writers lived such as Michelangelo, Dante, Leonardo Da Vinci, Machiavelli and Galileo. It was also the time of great ship building and exploration when Christopher Columbus and Marco Polo sailed the oceans to discover new lands.

Italy was prosperous and the center of power for many years. In the Sixteenth Century there were changes in the power of the Catholic Church combined with a shift away from trade routes through the Mediterranean and Italy was slowly weakened. It continued to be fearful of being taken over by stronger countries such as Spain or Great Britain.

By 1870, Italian nationalists created a movement that resulted in the unification of the many smaller areas into a unified country of Italy.

A political dictator named Benito Mussolini wanted to restore Italy to its previous power and get rid of the internal political divisions. In 1922, he and his followers (known as Fascists) stormed Rome and took over. He spent twenty years reorganizing and building up the economy of Italy.

When World War II broke out, Mussolini tried to remain neutral but later joined Germany’s Hitler and participated in the invasion of North Africa, Greece and the Balkans. Since Italy was not prepared for such a military venture, they lost control of the invasion and when the Allies won the war, the Allies took over Italy and soon after the country declared itself a republic.

The Allies helped Italy regain its strength as a country and helped the rebuilding through the Marshall Plan. Italy joined the North Atlantic Treaty and has become one of the most prosperous nations in the European Union.