Iron is a transition metal belonging to the eighth column of the periodic table.

It has an atomic number of 26. It constitutes the major part of the inner and outer core and is the most abundant element in earth’s crust by mass.

An iron-nickel alloy is believed to be 35 percent of the total mass of earth.

Iron’s symbol is Fe, derived from the Latin word for iron, Ferrum.

It is the sixth most abundant element in the universe and even the red color of Mars surface is believed to be because of iron-oxide rich regolith.

Iron plays a very important role in our lives.

Other group eight elements are osmium, hassium and ruthenium. 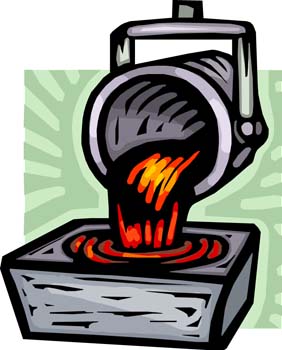 Iron exists in a wide range of oxidation states (-2 to +6) just like all other group eight members.

However, the most commonly found are +2 and +3 states.

When in its pure form, iron is grayish soft and very reactive.

Iron gains its signature hardness and strength after alloying with other metals, like carbon.

It easily corrodes and rusts upon reacting with air and moisture.

Iron is malleable and is a fairly good conductor of heat and electricity.

Iron, cobalt and nickel are the naturally magnetic elements and iron is the most magnetic of all.

Ferrite is the most abundantly found form of iron and is called Alpha Iron.

Iron is found in four allotropes. Meteorites are also largely made up of iron.

The largest use of iron is manufacture of steel, an iron-carbon alloy.

Man is known to be producing steel for over 4000 years now and only copper and its alloys have been produced for a longer period than iron.

Steel is used for construction of buildings, structures, vehicles, ships, tools and so much more.

Stainless Steel is used for manufacturing surgical instruments, household appliances and industrial equipment among others.

Iron is a very important nutrient for both plants and animals.

As a part of hemoglobin, it plays an important part in the transportation of oxygen in the body.

Plants need iron in chloroform for the all important photosynthesis procedure. 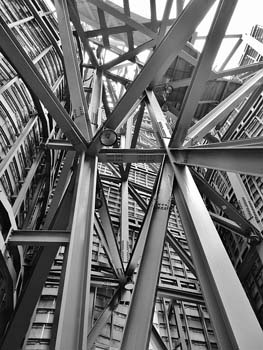