The Ionian Sea primarily flows out from the Mediterranean Sea, which is located south of the Adriatic Sea. To the north, it is connected with the Adriatic Sea by the Strait of Otranto.

The Ionian Sea separates Southern Italy, Calabria and Sicily (to the west) from Albania (to the north) and the west coast of Greece.

The name Ionian is believed to have come from Ionians who sailed from the east. Ancient Greek writers have also connected the name to the myth of lo. 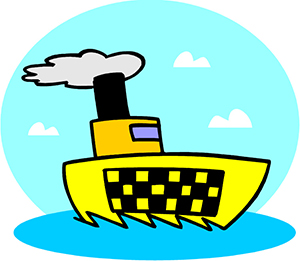 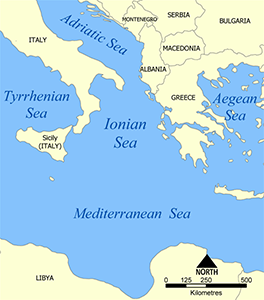 1. The Ionian Sea is one of the areas in the world where earthquakes occur very frequently. Yes or No.

2. In ancient times the Ionian Sea was the scene of a lot of battles between who?

3. What is the largest island of the Ionian Islands?

4. Write out three gulfs that can be found in the Ionian Sea.

5. The Ionian Sea has ferry routes that cross its what and what portions.

6. During summer, the Ionian Islands are usually hot. Yes or No.

7. All the major islands in the Ionian Sea are collectively called?