Insects have existed on our planet for millions of years and are considered to be one of the highest populations of creatures on earth. 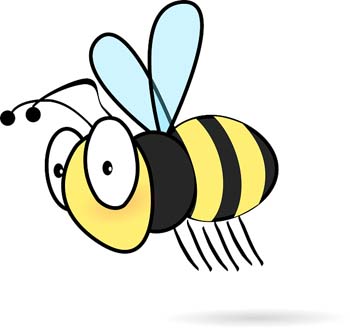 Bees are one of the most beneficial insects.

They help pollinate plants and flowers that grow our food.

There is currently a disease that is killing bees and it is believed to be caused by the insecticides produced by a few chemical companies.

The honeybee has to fly around 43,000 miles to collect enough nectar to create 1 lb. of honey.

The eyes of a honeybee has hair.

Night butterflies have developed a defense against bats: they have their ears on their wings.

Many types of flying insects have developed coloration patterns that look like ‘eyes’ on their wings.

This is to help avoid a body attack and instead allow a predator to go for the wings. 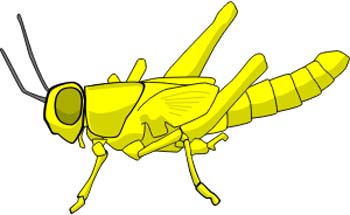 The desert locust is the most destructive insect in the world.

It can eat its own weight in food on a daily basis.

When the desert locust creates a ‘swarm’ they can consume up to 20,000 tons of plants and grains each day.

Mosquitoes are one type of insect that can carry disease that is fatal to humans. Only one female mosquito out of every 1,000 can carry a harmful disease.

The praying mantis is the only insect that has the ability to turn its head.

Monarch butterflies must shed their skin four times before they have the ability to become a chrysalis.

This means they have to grow over 2,700 times their original size.

Crickets are known for their chirping, but it is only the males that can make the noise.

Baby robins love to eat earthworms and can eat as much as fourteen feet of earthworms on a daily basis.

Dragonflies can fly very fast: up to 50 mph

Some types of male spiders use their cobwebs like a musical instrument, plucking the strings as a way to attract a female spider.

What do insects do in the winter?

Insects have many different methods to help them survive the long cold winter.

Crop pests  – are one type of insect that migrates in the US; for example, many will migrate from the north to the south until the spring.

Larvae – many insects will get through the winter as immature larvae. They will hide and shelter in amongst the vegetation. Others can bury themselves deep into the soil to escape the cold.

Nymphs – you do not see a lot of insects during the winter. However, the larvae of mayflies, dragonflies, and stoneflies live in waters often beneath the ice

Eggs – some insects like the Corn Rootworm lay eggs that can survive the winter.

Pupas – Some insects get through the winter in the pupal stage, then emerge as adults in the spring. For example, Moths can survive by attaching to food plant branches.

Hibernation as Adults – insects hibernate as adults. Bees can hide in the eaves and attics of houses or barns. Some butterflies hibernate in tree holes or other similar shelters during the winter.

Where do flies go in the winter?

There are more than 7000 different species of flies, and unbelievable some of the smaller ones are still around during the wintertime. You may not notice them.

We tend to pay more attention to the bigger flies during those sunny days when you hear them buzzing around.

Most of these bigger flies like blue balls will hide in the cracks and crannies of homes, trees, garden fences, etc. and when they wake up in spring, they will lat their eggs on decaying matter.

House flies low on hygienic places and their larvae will feed on rotting food and other types of human waste when they have the opportunity. 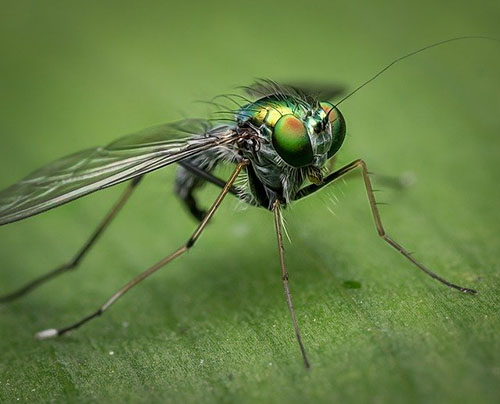 What are some benefits of insects?

Pollination – Honeybees are so important in helping to pollinate crops.

Foods – Honey is an essential product made by bees that we consume as humans.

Silk – an important product is dating back to ancient China. With silk be produced from the cocoons of the silkworm.

Balance – the balance of nature can depend on the activity of parasites, their predators.