A hurricane is a dangerous tropical storm with strong winds and lots of rain or high waves that are pushed ashore by the storm’s winds. 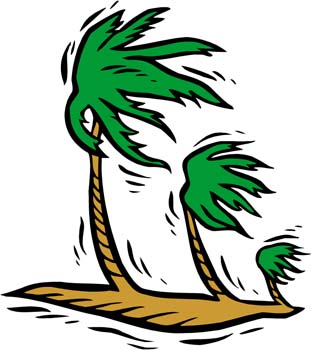 Hurricanes only happen in tropical areas where there is an ocean or sea.

Hurricanes form when warm water from the ocean (at least 80 degrees F) generates energy to make warm, moist air rise higher in the atmosphere. The warmth and moisture in the air is called humidity. When this air gets mixed with the winds blowing across the ocean, it pushes it up on top of the clouds to make larger and more dangerous storm clouds. Slower or lighter winds around the storm push or steer the hurricane. These winds make the hurricane swirl in a clockwise direction if the storm is in the Southern Hemisphere and in a counter-clockwise direction if the storm is in the Northern Hemisphere.

What happens when a hurricane is formed

Sometimes hurricanes form and fall apart without anyone but weather experts knowing about it. This is because some hurricanes happen in the middle of the ocean or in places far away from any land, so they are not dangerous to anyone.

Other hurricanes, however, can be very dangerous; destroying land, buildings, and killing lots of people. The winds from the hurricane are dangerous, but they are not the only dangerous thing about a hurricane.

A lot of the damage from a hurricane happens because of the storm surge. The storm surge is the walls of water the winds of the hurricane blows onto shore.

The powerful force of the water knocks down everything in its path and the amount of water causes flooding. 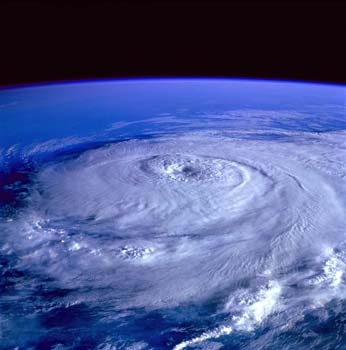 How big, how fast and how far

The closer a hurricane gets to the shore, the weaker it gets. In fact, some hurricanes get so weak and so much smaller by the time they get to land that they aren’t even hurricanes anymore. They are what weather experts call tropical storms or tropical depressions.

Other names for hurricanes

Hurricanes are also known as typhoons and cyclones. There really is no difference between a hurricane, typhoon, or a cyclone. They are simply called by different names depending on where you live.

The worst hurricanes in history

Hurricanes have killed many people throughout history, but two of the most serious and dangerous hurricanes are the hurricane in Bangladesh that killed 300,000 people in 1970 and Hurricane Katrina in New Orleans, Louisiana in 2005. Hurricane Katrina killed almost 2,000 people and wiped out 80% of this large and major city in the United States.

Why hurricanes have names

NOTE: If a hurricane does major damage, the name is retired and is never used again.