Hungary is located in Central Europe and is a landlocked country (no access to seas or oceans). It is bordered by seven other European countries: Ukraine, Slovakia, Serbia, Romania, Slovenia, Croatia and Austria. It has been known throughout history as a popular place to go for people to take advantage of the 1,500 thermal water springs and public baths that number at 450. Hungary, like many countries in Europe, has gone through many transitions from their early beginnings, through the communist regime and then to independence. 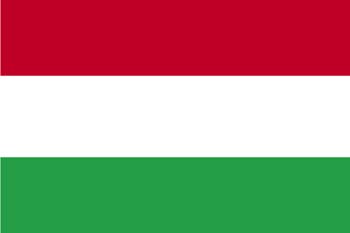 Hungary has the Danube River in the middle of the country, flowing from the north through to the south. The river was a great attraction for people to migrate there from Asia (called the Magyars) over thousands of years.

The migrations of these people created a distinction between the Slavic and Germanic peoples that lived in areas around them. The language that was developed descends from that spoken by the Hun people and it doesn’t sound like any other European language with the exception of Estonian and Finnish.

By the 12th century, the area known as Hungary was existing in medieval situations and they were then occupied by the Ottoman occupation for around 150 years. It was part of the Austro-Hungarian Empire from 1867-1918.

The outbreak of World War I required that Hungary fight on the side of the Germans and Austrians. When the war was lost, the monarchy fell and when a treaty was signed it broke up the country into smaller areas, creating the country that we know today.

World War II once again found Hungary being required to fight with the Germans. Germany took over Hungary and got rid of its government. When the war was lost, the Soviet Union invaded Hungary and remained there with communist rule for forty four years.

In 1956 a group in Hungary tried to change the dominating state from the Soviet Union without success. It wasn’t until the fall of the USSR that Hungary finally had a chance to be an independent country in 1989.

Hungary joined NATO in 1999 and became an official member of the European Union in 2004.

There have been thirteen people from Hungary or who were Hungarian-born that have received the Nobel Prize. All of the recipients emigrated from Hungary due to the communist regime persecution.

Hungarians are also known as incredible inventors, and these have included such inventions as the Telephone Exchange, the electric motor, and the early programming language called BASIC. The ballpoint pen was invented by Laszlo Biro and the Rubik’s Cube was invented by Erno Rubik, both of whom were Hungarians.

On the topic of athletics and the Olympics, Hungary stands in 8th place for winning the most Olympic medals among all of the countries that have participated.

Hungary is famous for its Goulash stew and paprika, which are ground red peppers.

Hungary exports food products, machinery and equipment as well as other manufactured items and raw materials.