Have you ever imagined what it would be like to float high above the ground? You can in a hot air balloon.

These giant colorful balloons are a thrilling way to get a “birds-eye-view” of the places around you. Read on to discover all about the hot air balloon.

We will be exploring the history of the hot air balloon, how it works, and much more. So let’s float on over and discover the world of this unique mode of transportation. 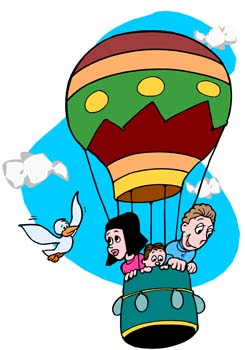 The History of the Hot Air Balloon

Who would have thought that by taking material and hot air it would eventually turn into a way to soar? Joseph and Etienne Montgolfier, that’s who!

The year was 1782 when Joseph discovered that by holding his shirt above hot air (it was a chimney fire) that it would float. This got both him and his brother thinking. They finally came up with an idea and made a material globe-shaped object. It was only one meter squared, but it managed to float up into the air to about 30 meters.

With the success of this “balloon,” the men went on to increase the amount of material they used. By 1783 they were using 900 cubic meters of material sewn onto paper. They then placed a basket full of wool and straw to light on fire. Once the fire was hot enough, they cut the ropes that held the balloon to the ground. To their great delight, the balloon rose around 9,144 meters (30,000 feet). Unfortunately, after only ten minutes, the air-cooled and the balloon came crashing down in a field. Here it burned up and was completely destroyed. However, they are still considered the inventors of the hot air balloon.

Ponder This: When the brothers first started experimenting with hot air balloons they did it in a secret garden. They were afraid someone would steal their idea.

Up Up and Away

You may be surprised to learn that the first passengers on a hot air balloon flight was a duck, a sheep and a chicken. They remained in the air for around 8 minutes and landed safely.

After the farm animals made a successful soar, they wanted to test it out on humans. But this feat was considered to be tremendously dangerous. So Louis XVI came up with a solution. He thought condemned prisoners should go for the ride. After all they did break the law and would be put to death. However, before this could happen (a scientist) and Francois Laurent d’Arlandes (an aristocrat) took the plunge…err… rather…the float. They stayed up in the air for 20 minutes.

Ponder This:Although, Jean-Francois Pilatre De Rozier was the first to ride in the balloon, he was also noted for being the first at something else? Find out what in More Freaky Facts.

How Do Hot Air Balloons Work?

The hot air balloon has come a long way since the Montgolfier brothers. Today, these air-vehicles don’t use an open fire in the basket. Hot air balloons are now powered by liquid propane that turns into a gas Here’s how it works.

Ponder This:The balloon has to be super-large in order to get the lift it needs. In fact, it takes 65,000 cubic feet of hot air to raise a 1,000 pound hot air balloon. 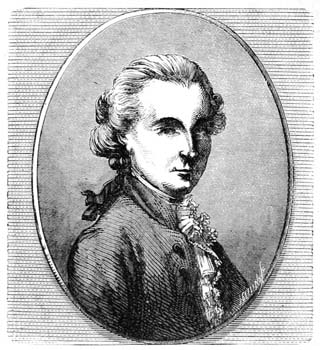 We haven’t floated on past all the fun just yet. Here is the answer to your ponder this question and more freaky facts. Check it out.

Now that you have learned all these fascinating facts, you can impress your friends and family with your new-found knowledge. Who knows? They may just want you to float more fun facts past them. Just be sure they don’t think you’re full of hot air.