Horses were domesticated by human beings centuries ago. They have been a leading reason for the success of mankind for survival, transportation and as a method of war. They are sensitive creatures, often developing bonds with people. 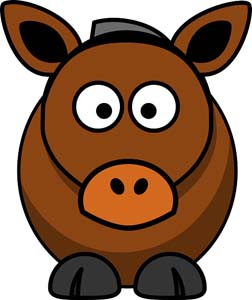 Horses use their faces, ears, eyes and nostrils to show expressions and moods. 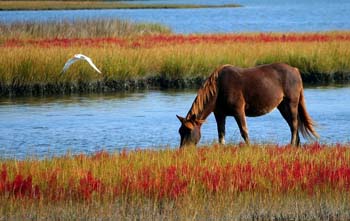 Horses communicate in a number of ways including neighing and whinnying. They typically make their sounds as they leave or greet each other. Adult male horses can make a mating call that sounds like a loud roar. A snorting sound is an alert to all other horses for danger. Adult females have a particular noise that they make for soothing a baby while it is nursing. 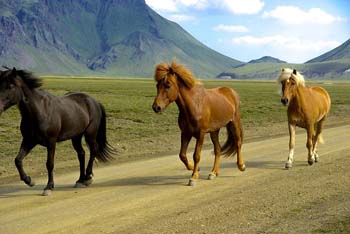 The Chinese have the horse as one of their twelve zodiac signs. If someone is born in the ‘year of the horse’ they are considered to have the same characteristics: independence, intelligence and free spirit.

Native Americans rode domesticated horses, mostly bare back. In their culture, they considered all living things as a gift and held a high level of respect for the bond they had with their horses.

The ability to bond and share emotions have made the horse an incredible help in new therapies called ‘Equine assisted therapy’. Horses assist those people that have a variety of issues in mental health and gives the person the opportunity to work with a peaceful and beautiful animal as part of nature. The skills that are learned in relationship building can then be taken to other areas of their lives. There has been a very positive results working with horses in therapy for those that suffer from autism.