Horses are magnificent creatures. They have been used in film, television and books. Horses are everywhere in the world. But did you know, this “beast-of-burden” was once a very important way to travel and haul goods? Read on to discover all about horse-transport. We will be exploring some of the history of this “vehicle,” the age of the Wild West and so much more. Are you ready to giddy-up to adventure? Let’s go! 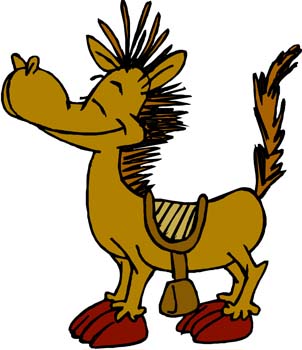 The History of Horse Transportation

Horses were domesticated (tamed) thousands of years-ago. They were not only beautiful, sturdy animals, but they played a vital role in helping people. Check out a brief history of horses being used for transportation

Early 1900’s – horses were used in farming to pull the plough.

Ponder This:the horse and buggy crave started in the late 18th century and ran until the early 20th century. However, by 1929 in the US there were only about 90 horse and buggies in operation.

You may have dreamed about being a cowboy at one time in your life. These characters are portrayed as having an adventurous life, filled with excitement. However, the life of a cowboy was not always easy. Good thing they had their trusted horses to ease some of the pressure. Read on to discover how cowboys and horses worked together in the “wild west.”

Cattle Drives: Ranching was a huge industry in the west. Cowboys would ride horses to move large herds of cattle from the ranch to market. This would often take several weeks. The horse and rider would cover hundreds of miles, stopping only at night.

Roundup: Cows roamed free over many acres of land. Cowboys would ride their horses to round up large herds of cattle. This would be done each Spring to sort out which cattle belonged to each rancher.

Other Cowboy Tasks: The daily life of the cowboy had many tasks. They would use their horses to help them rope calves, ride to and from their destinations and to haul good

Ponder This: With so many cows in a roundup, how do you suppose they could tell them apart? 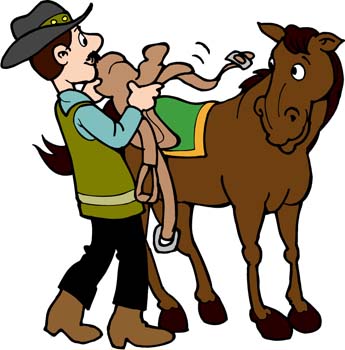 What Are Horses Used for Today?

Even though horses have been replaced in many areas with faster and more efficient equipment, we still use them today. Here are some of the things horses are still used for; 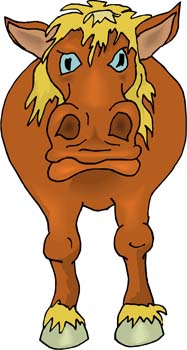 We haven’t galloped past all the fun just yet. Here are the answers to your ponder this questions and other freaky facts.

Now that you have learned all these fascinating facts, go and impress your friends and family with your new-found knowledge. Who knows? You might just become known as, “the kid with all the horse-sense.