You have probably already seen Helium at work at a Birthday party or other special occasions. That’s right. Helium is what makes those colorful balloons float. But did you know Helium is the second most abundant element in the entire universe? Or that this gas was discovered around the Sun before it was found on Earth? There are many more fascinating aspects to this “lighter-than-air” element, so let’s float right into the properties of Helium. 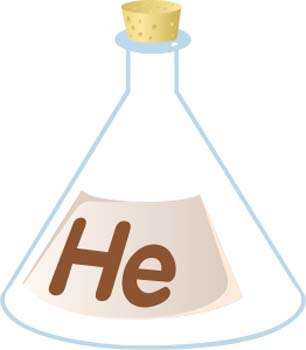 The discovery of Helium dates back to August 18th, 1868 with a French astronomer by the name of, Pierre Janssen. At this time he was in India watching an eclipse of the Sun and noticed a strange yellow wavelength. However, this was a mystery to him.

Two months later in England an astronomer (Sir Norman Lockyer) did his own experiment and saw the same strange yellow line. Puzzled, he enlisted the help of another scientist. Together they determined this was indeed an unknown element, so they called it, “helium” after the Greek Sun god (Helios). However, it was years later before helium would be discovered here on Earth.

It was in 1882 that an Italian physicist (Luigi Palmieri) observed a strange wavelength in the gases coming from Mount Vesuvius. Unknown to him at the time, this was the first detection of helium on Earth. It then took until 1895 before helium was catalogued as a new element.

Where is Helium Found?

Because helium is a gas, it has to form in the Earth’s crust…this is where it gets technical. Helium is formed when radioactive elements (thorium and uranium) decay. This produces positively charged particles or alpha particles. When these alpha particles pick up electrons, a helium atom is produced.

What is Helium Used For?

You may be surprised to learn all the uses of this important element. Check out the things Helium is used for; 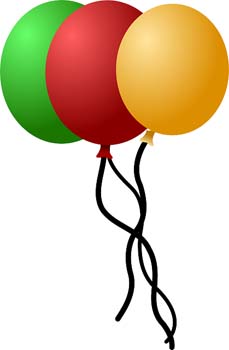 Fun Facts About Helium ~ Did You Know…

The Science Behind Helium

Have you ever wondered why someone’s voice changes if they have inhaled helium? This is because when we speak our vocal chords vibrate (something like guitar strings). The density of the normal air we breathe causes our vocal chords to vibrate at a normal speed. Helium is lighter than air, so when it is breathed in the vocal chords don’t have to work as hard to vibrate, so they actually vibrate faster. When you speak, your voice will come out high and squeaky. DO NOT try this, as inhaling helium can cause injury to your brain or even death!

We know helium filled balloons float, but what causes this fun reaction? It all boils down to weight. We breathe in mostly nitrogen-filled air. Nitrogen weighs 1.2506 grams per litre, while helium only weighs 0.1785 grams per litre. When helium is pumped into a balloon, it displaces the heavier air, so the pressure and temperature around the balloon pushes it upwards.

Another cool science fact behind helium is its ability to change from a gas to a liquid or even a solid. However, it needs to be kept at absolute zero before this will happen.

Now that you have learned all about Helium and how important it is, go out and impress your friends and family with all these fun facts. You may just be a helium-hero, with these free-floating-factoids.