The Harbor of Rio de Janeiro is one of the largest bays on Earth and it has been voted one of the new Seven Natural Wonders of the World. The harbor is surrounded by mountains and contains numerous islands. It was discovered by Portuguese seafarers in 1502. 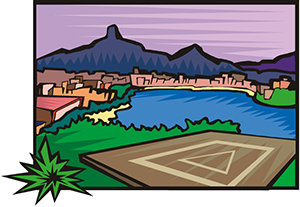 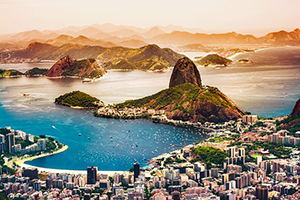 As the bay is so large it can be viewed from many different places and can seem like a different place each time depending on the viewpoint. In short, its great natural beauty and varied landscape and marine life make this a wonder of nature.

Question: Why is Rio de Janeiro Harbor facing increasing environmental problems?
Answer: Like most modern cities, the huge number of people and their lifestyles can cause environmental problems. However, Rio de Janeiro Harbor is almost at a crisis point because half of the sewage released into the bay is untreated and the fact that only 1 in 3 people living in Rio’s center have access to the sewage system.

Many of the rivers that flow into the sea there have already been classed as biologically dead. A combination of rapid population growth, industrialization and lack of public funds have added to the problem and any progress being made is slow.

The bay has also been damaged by oil spills, pollution and litter which have all added to a reduction in the variety of marine life that can be found in its waters.