The Hanging Gardens of Babylon are one of the Seven Wonders of the Ancient World. They are a set of gardens built thousands of years ago, in around 600 B.C. According to legend, the gardens were built in what is now Iraq by King Nebuchadnezzar for his wife, Queen Amytis. She was from a place called Media, which today is in north-west Iran and south-east Turkey. In the hot and dry climate of Babylon, she missed the trees, plants and mountains of her homeland. It is thought that King Nebuchadnezzar built the Hanging Gardens to look like her homeland and make her less homesick. 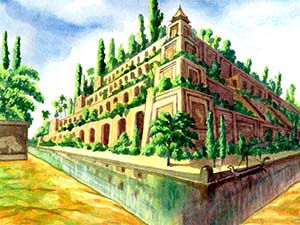 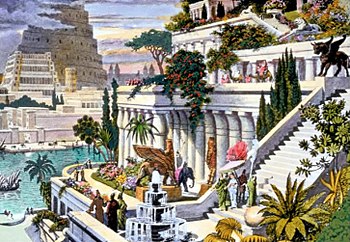 Question: Who were the gardens built for?
Answer: They were built for Queen Amytis, the wife of King Nebuchadnezzar.

Question: Can you visit the Hanging Gardens today?
Answer: No, they no longer exist.