Halong Bay is a bay in the north of Vietnam, in Quang Ninh province. The bay is around 579 square miles in size and is filled with over 1,960 tall, rocky islands. Most of the islands are made out of limestone and are covered in tropical plants. There are beaches and caves on many of them, too. Many kinds of animals are found on the islands, such as lizards, deer, antelope and monkeys. 200 species of fish live in the waters of the bay. Halong Bay is famous for its variety of plant and animal life, its beauty and its history. 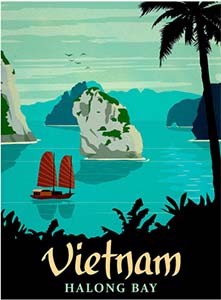 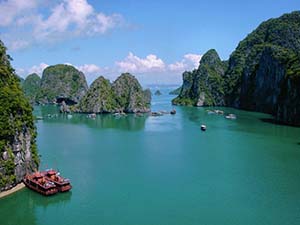 Question: What kind of islands are in Halong Bay?
Answer: There are tall, rocky, limestone islands.