Humans have all different colors and types of hair. It is believed that the texture and colors were developed over thousands of years, depending upon the location of the world that the people survived in. 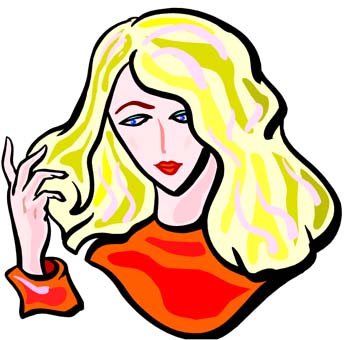 The area of the hair that is considered to be ‘alive’ is the part that is found in the follicle during growth. After a hair leaves that area it no longer has any biochemical activity and is, for all intents and purposes, ‘dead’.

If you looked at a strand of hair under a microscope you would see that it is made up of three key layers. The cuticle is the outer layer, inside that is the cortex that contains the keratin and the center of the hair is the medulla.

There are two types of hair that is produced. Vellus hair develops from childhood and covers most of the body. It is light-colored, fine and short and most of the time isn’t even noticeable. Terminal hair (or androgenic) is long, thick and darker than vellus hair and is much more noticeable. The hair on our heads is terminal hair. 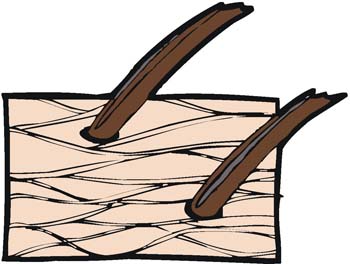 Humans can grow hair everywhere except a few places: lips, palms of the hands, soles of the feet.

The hair that we have on our heads acts as both a coolant by deflecting the UV rays of the sun as well as a heat insulator when the weather is colder.

Everyone has experienced ‘goose bumps’. They form on our skin when the air is colder than our body. Goose bumps are made when the muscles that are attached to hair follicles to stand up. The reaction causes the hair follicles to also stand up in an attempt to create a layer in the skin to trap heat.

There is actually quite a bit of difference between straight and curly hair. Straight hair has fibers that are round while curly hair will have oval shaped or irregular fibers.

Hair pigment only exists in two types of all of the natural colors of hair. Eumelanin is the pigment in dark blond, brown and black hair and is the most dominant or common in the world. Pheomelanin is dominant in red hair. When hair has little pigmentation at all, the results are blond hair.

Eyebrows act as a protecting agent against sweat, rain and dirt and are also a major role in non-verbal communications. The eyebrows help to express anger, excitement, sadness and even happiness emotions. 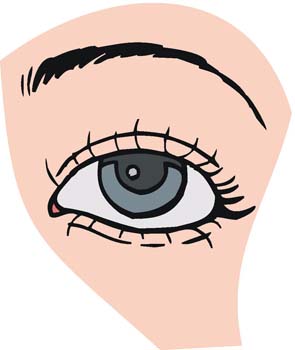 There are only a few mammals in the world that are considered to be ‘hairless’: rhinoceroses, elephants, pigs, hippopotamuses, walruses, whales and naked mole rats.