The Great Wall of China is an ancient wall in the north of China.

The wall is over 2,300 years old and built to protect China from attacks by enemies in the north. 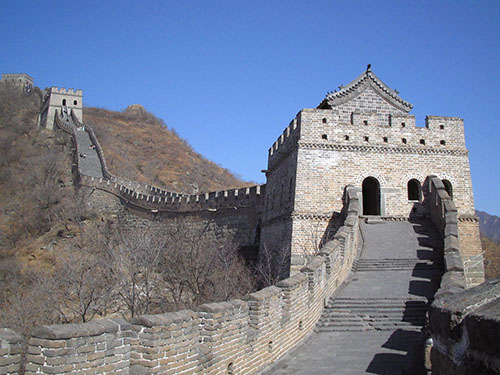 Soldiers guarded the wall and looked for enemies – and they had a lot of walls to defend!

The Great Wall is a series of walls built separately and later joined up.

The total length of the wall is 13,170 miles. It’s the longest structure ever built.

Naturally, lots of people want to visit something as unique as that, so today the wall is both a symbol of China and a very popular tourist attraction. 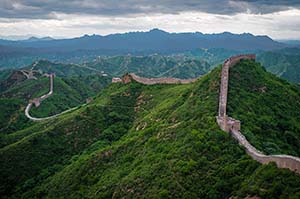 Over 10 million people visit the Great Wall of China each year.

Most of them visit the sections of the wall near Beijing, such as Bedaling.

This is supposed to be the most complete section of the Great Wall.

During summer peak times, the local authorities have limited the number of people that can visit due to overcrowing.

Can you see the Great Wall from Space

It’s a myth that the Great Wall is visible from outer space – just by merely looking and without using anything like a telescope.

However, this is just a myth!

It’s not visible from low Earth orbit without magnification

How many people built the Great Wall of China?

Construction started in the 7th century BC by the Chu State and lasted until 1878 in the Qing Dynasty.

Unfortunately, many people died during the construction of the wall. Archaeologists have discovered human remains under some parts of the wall.

Question: How tall is the Great Wall of China?
Answer: Most of the wall is around 20 to 23 feet high. The tallest section is 46 feet!

Question: Did the Great Wall always keep enemies out?
Answer: No, sometimes enemies did get past the wall. In the 13th century, the Mongolian leader Genghis Khan and his men got past the wall and successfully invaded China.