The Great Pyramid of Giza is a huge pyramid in the desert near Cairo in Egypt. It is also called the Pyramid of Khufu. It is the only one of the Seven Wonders of the Ancient World that still exists! There are two other large pyramids at the same site, called the Pyramid of Khafre and the Pyramid of Menkaure, as well as three much smaller pyramids, monuments and the Great Sphinx – a limestone statue of a lion with a human head. The Great Pyramid took over 20 years to build and was completed in around 2560 B.C. It was unique because the sides of the pyramid were smooth, rather than having steps. 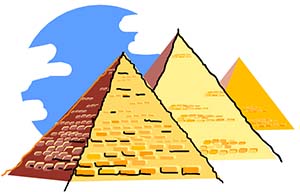 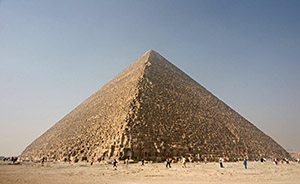 Question: How many pyramids are there in Egypt?
Answer: There are between 118 and 138 pyramids in Egypt.