If you were flying high up in space, you would be able to see it, isn’t that something. And amazingly it is the world’s biggest single structure made by living organisms. 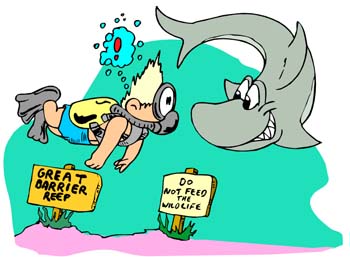 Information about the Great Barrier Reef

The Great Barrier Reef is found in the Coral Sea, off the coast of Queensland, Australia. This is one place that is a must-see!

The Great Barrier Reef is around 2,600 km long. That is one long reef. Imagine trying to dive along it all in one shot? Think that would be a bit difficult don’t you? 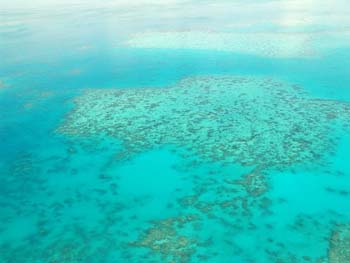 What lives in the Great Barrier Reef?

Well loads actually, but read on for more info!

Coral creates calcium carbonate which forms a hard, shell-like skeleton. Calcium carbonate creates ‘homes’ where coral can live and when they die, it creates another home to help more coral grow.

Over 1500 different species of fish live in the Great Barrier Reef, including clownfish, the star of the animated film Finding Nemo and whales, dolphins and dugong can be seen here too.

The smallest fish that lives here is called the Stout Infant Fish which is only 7mm long, and the biggest is the whale shark which can grow up to 12m long! There is certainly a lot to see here.

The Great Barrier Reef is beautiful but also contains some of the deadliest animals in the ocean, including the Box Jellyfish, the Blue Ringed Octopus, and the Stone Fish. You do not want to come across these!

But before we go any further, do you want to know what a dugong and a nudibranch are? Rather strange names if you ask us! Well a dugong is a type of sea cow, which looks a little weird indeed. A nudibranch is a type of sea slug! Hmmm, so now we’ve learnt about two new animals! 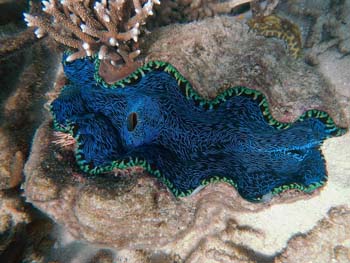 This is WOW! This awesome reef is larger than the whole of Italy put together and is the size of about 70 million football fields. Guess we won’t be playing football there!

The Great Barrier Reef is certainly a very interesting place. And as a last thought, over 2,000,000 people visit it a year! Maybe it’s your turn next?