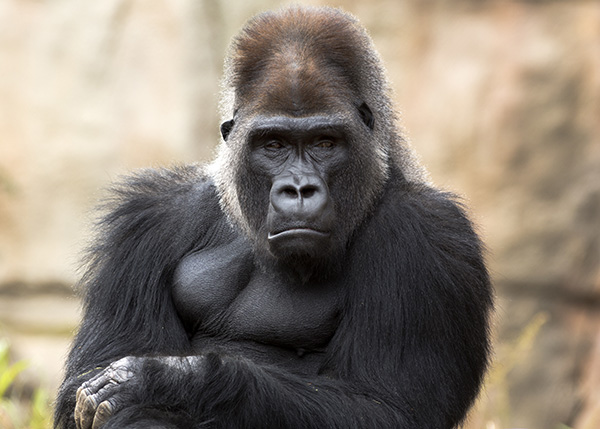 Where do Gorillas Live?

You will find lowland gorillas in the forests in both Western and Central Africa.

Mountain gorillas can be found in the mountainous areas of Uganda, the Democratic Republic of the Congo and Uganda.

What Does A Gorilla Eat

Gorillas are herbivores so mainly eat vegetation (plants and fruit).

Gorillas in captivity will eat apples, bananas, and Guava.

Whilst, in the wild they can eat about 100 types of fruit from different types of plants found in their habitat.

Western gorillas tend to eat a high-fiber diet which includes stems, flowers, fruits, foliages, and even some insects.

Eastern gorillas because they live in the mountains and sometimes at high altitude the availability of fruits is not the same as some of their counterparts in lowland areas.

They will mainly eat lots of foliage. 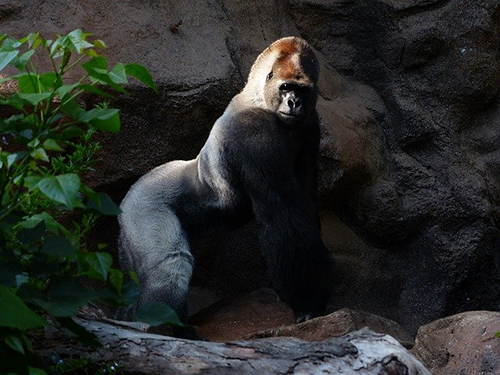 Gorillas are not meat eaters so you will not find them eating any type of meat whatsoever.

However, they are known to eat invertebrates like ants, termites, and centipedes.

Why Are Gorillas Endangered

Mountain gorillas are mainly endangered with a falling population due to habitat loss.

They mainly live on plants, bamboo, and foliage. Because of human encroachment into forest areas and lands being cleared for a growing human population the habitat area of the mountain gorilla is becoming less and less.

Diseases can also have a devastating impact on mountain gorillas.

Any exposure to a human illness can be devastating to the entire gorilla population.

Because they mainly live in groups simple disease that humans can cope easily with can be devastating to a gorilla. 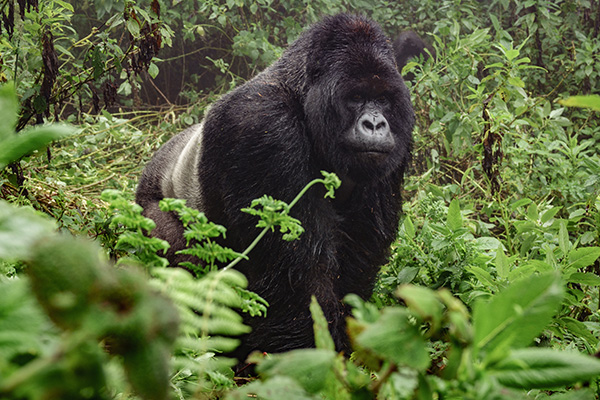 Why Do Gorillas Hate Rain

Gorillas are not natural swimmers and tend to keep away from lakes and rivers.

However, they do like to play around with water at times.

If it starts to rain they just sit and wait for this to finish, if a shelter is close by they will stay in the shelter until the rain passes.

Why Do Gorillas Have Big Nostrils

Western lowland gorilla has a much wider skull than some other species.

This might be an explanation as to why they have big nostrils but maybe this could be down to evolution.

One thing we do know is that gorillas also have a unique nose print (just like fingerprints on a human). 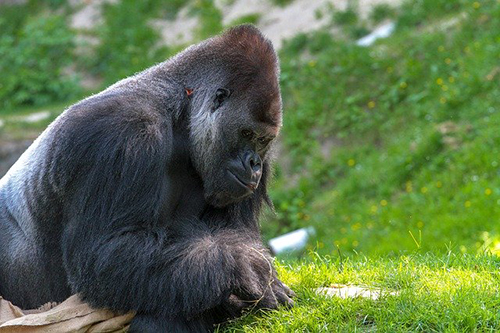 Why Do Gorillas Walk On Their Knuckles

Gorillas arms are much longer than their legs, this is why they walk around on all fours also called knuckle-walking. It helps to support their weight.

They mainly put most of the weight on the third and fourth digit of their curled hands.

How Big are Gorillas

Male gorillas can grow to 6 feet tall from toe to head and weigh around 400 pounds.

Females gorillas grow to 4 ½ feet tall and weigh around 200 pounds. Gorillas are the largest living primates with a DNA of 98% that is similar to that of humans.

Gorillas display behavior that is very close to humans. Each gorilla has their own personalities, just like people.

They have been taught to communicate with people through sign language and will bond with humans in captivity, displaying affection and loss if they aren’t around those that they care for. 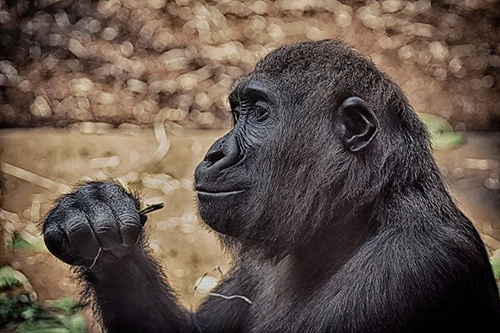