Interesting Facts about Glaciers for Kids

Wrap up warm, and get ready to read some awesome facts about glaciers. We hope this helps you with your school work or even just to become a glacier king of knowledge. 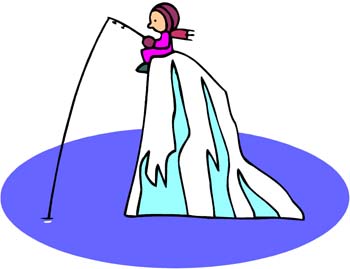 They are huge masses of ice and they ‘flow’ just like rivers, but a LOT slower. They certainly don’t form overnight, it takes hundreds of years, where snow has fallen to compress the snow and turn it into ice.

Glaciers are like one big reservoir of fresh water on the planet. In fact it’s the biggest in the world. Unbelievably they store about 75% of the fresh water in the world. Wow, that’s certainly quite something. We definitely need these glaciers around.

A névé is the name of an area where a glacier has formed. This is normally in bowl-shaped areas between mountains. Snow collects here easily and compresses and compacts due to the weight of more snow falling on top of it.

Glacial ice keeps on filling the névé until eventually a weakening or a gap between the mountains means the ice mass starts to move down a slope surface.

Guess how much of the Earth’s total land area glaciers cover? Any guesses? Well it’s around 10%. Wow. In the last Ice Age however, they covered 32%. Can you imagine how cold we’d be!

There are two types of glaciers:

You get Alpine glaciers, which you’ll find on the side of mountains and they move downwards through valleys.

You also get Continental ice sheets which spread themselves out and cover far larger areas. 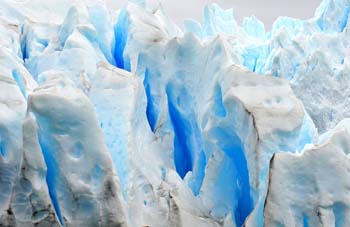 The world’s largest glacier is Lambert Glacier. It’s in Antarctica, brrrr, and it is 100km wide, 400km long and 2.5km deep. Whoa, that is absolutely massive.

Sometimes you’ll see that glaciers actually look like they’re blue. Looks pretty awesome. This is because glacial ice is very dense and compact.

The Kutiah Glacier in Pakistan should be in the Guinness World Book of Records for being the glacier with the fastest gush. It moved more than 12km over three months in 1953. It seems like it might have been in a rush to get somewhere.

The Earth’s two ice sheets cover most of Greenland and Antarctica. They make up more than 99% of the world’s glacial ice. Wow! 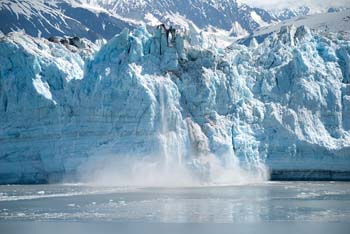 Imagine this. If the Antarctic ice sheet had to completely melt, people believe that sea levels would rise by 65m. No way! That would mean that London would be lost underwater. What a crazy fact!

This is amazing. Glacial ice can be hundreds and thousands of years old. What this means is that scientists can use them to check out how climate change is doing. By taking out the ice and studying it, they can also find out what the climate was like on Earth thousands of years ago.

How weird is this. Mount Kilimanjaro sits on the equator. But even so, it is still glaciated.

One single glacier ice crystal can grow to be as large as a baseball! No way, one crystal!

It is thought that Alaska has more than 100,000 glaciers, but most of them don’t have a name.

Are you all glacier smart now? Do you have any glacier facts to share with us?