While Georgia is considered to be physically and geographically located in Asia, it has long been a territory that has been fought over by Persia, Turkey and Russia. It is bordered on the west by the Black Sea and Turkey and on the south by Armenia. On the East it is bordered by Azerbaijan and the Northern border is Russia. The Republic of Georgia includes Ajara and Abkhazia autonomous republics as well as South Ossetia. 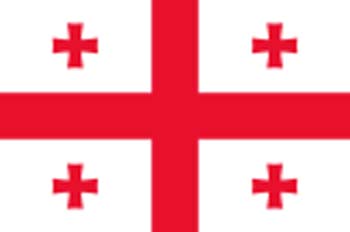 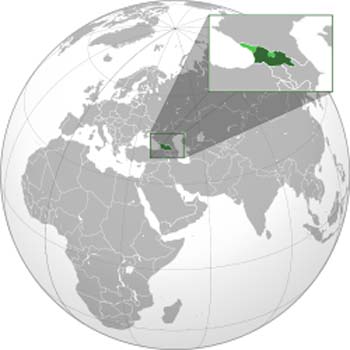 Around 4 B.C. Georgia was actually a kingdom and in 337 A.D. Christianity was introduced to the country.

Georgia’s Queen Tamara reigned from 1184 to 1213 A.D. and included the territory of Transcaucasia.

The 13th century brought decimation of the population from the Mongols and Tamerlane and starting with the 16th century Georgia was the major focus of the struggles between Turkey and Persian. By the 18th century they agreed to become one of Russia’s vassals in exchange for protection from the Persians and Turks.

Establishing an anti-Bolshevik Transcaucasia, Georgia joined Armenia and Azerbaijan in 1917 and when it was dissolved in 1918, Georgia proclaimed itself as an independent country. By 1936 Georgia became a part of the Soviet republic as a separate nation and it was then, under the rule of the Soviets that the country made a transformation from its former agriculture based society into one that was mostly industrial and urban.

*Although in 1991 Georgia proclaimed its independence from the USSR, in 1992 their leader was fired and then jailed with the accusation of dictatorial policies, putting opposition leaders in jail, clamping down on the media and human rights abuses. The country established a military ruling council until the restoration of civilian authority.

By 1994 a cooperation treaty was signed between Georgia and Russia allowing Russia to have three military bases in the country and for Russia to equip and train the Georgian army.

The 1996-1997 periods involved the ending of a six year conflict with South Ossetia but when difficulties continued with Abkhazia the Georgian Parliament threatened Russia with the loss of their military bases if they did not continue military control over that area.

Upon the fall of the Soviet Union, Britain and the U.S. began to remove the dangerous nuclear materials from Georgia that had been part of the Soviet industry.

2003 brought massive demonstrations based on the results of the parliamentary elections as the opposition party declared that the elections had been rigged. By 2004 a new president was officially elected and he remained popular until 2007 when he was accused of abuse of power.

2008 reintroduced fighting between Georgia and the previous regions of Abkhazia and South Ossetia. Russia sent in troops to aid the opposition and then occupy Georgia with aggressive moves to attempt to regain control of the massive gas and oil export areas. The end of the year brought a ceasefire agreement between Georgia and Russia and the official severing of ties. Russia also offered recognition and military support for South Ossetia and Abkhazia as independent regions

Both Georgia and Russia have depicted each other as the aggressors that were responsible for the warring factions.

Georgia continues to have dissention within the ranks of the parliament and government, with presidents and prime ministers changing office on a regular basis.

Due to the control by the Soviet Union, a majority of Georgia’s industry remains in the factories that were established for aircraft, steel, electrical appliances and machine tools. They also have mining as part of their industry.

The Georgian exports are mainly made up of machinery, scrap metal, fuel re-exports, chemicals, tea and citrus fruits.