As humans we are interested in them to follow all of their ways of development and even use them in scientific research. 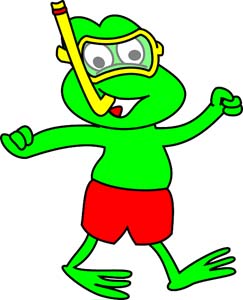 What is an amphibian?

Frogs are amphibians, which means they can exist on both land and in the water.

Frogs lay their eggs in the water. The eggs hatch and become fish-like creatures called tadpoles.

The tadpoles breathe through gills and have long tails. The tadpole will live in the water until it slowly changes into a frog.

When an environment has a good quantity of frogs it is a way to measure whether the area is not only healthy but well-balanced.

How do Frogs Breathe?

Frogs breathe in two ways: they breathe like us through their nostrils but they also get the other half of their air through their skin.

A frogs tongue is not attached to the back of its mouth, like a human tongue.

It is attached to the front where it can extend its tongue out further and make use of the sticky coating to catch its food. 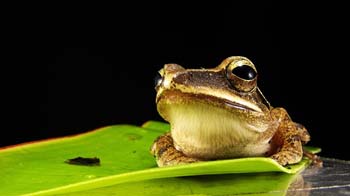 The typical pond frog takes three years to develop to maturity and then it is ready to breed.

In the wild, frogs are considered prey/food by many animals and do not survive very long.

Frogs have the ability to see in different directions at the same time: forward, upwards and sideways.

Frogs sleep with their eyes open; they never have their eyes closed during their life.

How do Frogs Eat?

Frogs have an odd way of swallowing food; they actually use their eyes as part of the process.

When they blink, it pushes their eyeballs down to create a bulge in the mouth roof.

This bulge puts pressure and helps to squeeze the food in their mouth down and through to the back of their throat.

Some frogs have a coating on their skin to help protect them from predators.

The coating is often poisonous and many tribal cultures use the coating to put on spear tips for battle.

Once a week a frog will shed its skin completely. It will pull the skin off of its body and usually eats it. 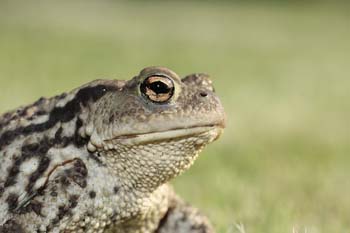