France is the largest country within Western Europe and is the leading country within the EU (European Union) for food exports. France is an example of excellence with one-third of the land as a scenic wealth and environmental source and over half of the land in France used for cultivation. There are a variety of temperature and weather conditions including cool and humid in the north with the southern area as warm and dry. The south is bordered with mountain ranges including the Pyrenees, Alps and Massif Central. Known for their wines, France has one of the most favorable growing conditions for grapes and is the largest wine producer in the world. 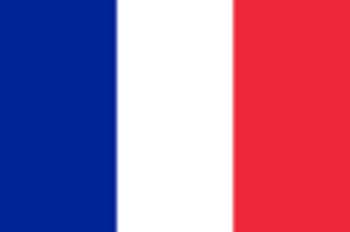 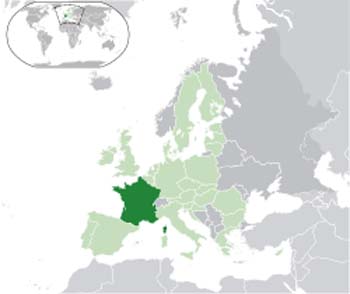 Starting with the year 843 and the Treat of Verdun, the country was created with borders and called Western Francia. The country was ruled by many of the noble families until they established a monarchy (royal family).

Monarchies ruled France, taxing the people so that the royal families and nobles were very rich and most of the French people lived in poverty.

By 1789 the people of France revolted against the monarchy, when the Queen, Marie Antoinette, answered the question as to the fact that the people were starving due to the taxation with her comment “Let them eat cake”. The revolution overthrew the royal family and stormed the Bastille Prison to release all of the prisoners, many of which were sent there because they couldn’t pay the high taxes. July 14, 1789 became the day of liberation for the French and is celebrated to this day as “Bastille Day”.

For ten years, France enjoyed more of a democracy style government until Napoleon Bonaparte. He increased his power in the government until he seized full control and announced that he was the new French Emperor.

Napoleon made the decision that he wanted to conquer large portions of Europe and led several successful wars. He finally suffered a great loss at the Battle of Waterloo. Napoleon was eventually prosecuted and exiled out of France.

The physical location of France is such that they are the perfect target for any of the wars that are held by countries that are around them. Although France was on the winning side during World War I, they suffered great losses.

During World War II the German Nazi’s invaded France and took over. The French had a huge ‘French Underground’ that was made up of volunteers and French people that fought against the Germans through undermining their efforts and working with the European and American allies.

Through a mutual effort between the United States, Canada and the United Kingdom, France was liberated from the German Nazis in 1944.

A democratic government was established with Presidential elections voted by the people.

The excellent temperature and agriculture of France allows them to grow grapes, wheat, potatoes, cereals, and sugar beets as well as raising beef and a good fishing industry.