Finland is one of the Scandinavian countries in Europe that borders Russia. Finland, like many of the countries in the far north experience extremely cold winters as part of the Arctic Circle. Much of the population of the country lives in or around one of the three major cities: Helsinki, Turku, and Tampere. Throughout its history, Finland has continued to be the overtaken by the Swedish or the Russians. 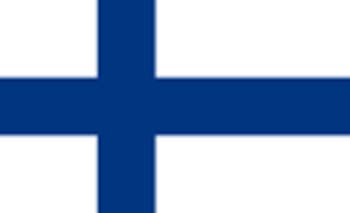 Not much is known about the people that lived in the area we call Finland when the glaciers receded exposing the land, but it is believed that the first people began living there from 10,000 to 12,000 years ago.

In the 13th century the Swedish government wanted to attract people to settle in their new lands and they often gave away tracts of land as well as lowered taxation rates to encourage people to move.

Battles between Russian and Sweden continued to happen over the years including treaties that were signed and broken. Finally, Sweden gave up Finland as part of a deal with Russia and it seemed that this time they might benefit due to the encouragement of independent development.

By the 19th century the people of Finland were beginning to feel that they wanted to be their own country. Their involvement in the Crimean War was only due to the fact that they were an annex country of Russia. Following this war the Finnish movement towards independence was gaining strength and in 1905 they introduced the first bills of equality, including women, that were to be seen anywhere.

The communist revolution in Russia made Finland an attractive place to take over and remove their independent attitudes, but the Finnish people fought back and retained their independence.

Finland has a great tourism industry with many people visiting from all over the world.

Agriculture ranks high in Finland with their ability to grow wheat, barley, potatoes, sugar beets as well as raise dairy cattle and an excellent fishing industry.