Earthquakes will literally rock the world and they can cause loads of damage. Here we take a look at everything you need to know about earthquakes, to get that brain ticking full of awesome information. 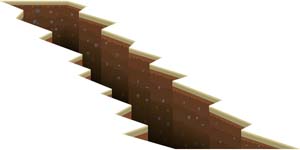 What is an earthquake?

First let’s take a look at what earthquakes really are. They literally are the shaking, rolling or a sudden shock of the Earth’s surface. Being in an earthquake wouldn’t be too pleasant, that’s for sure.

Do you ever feel a bit stressed or worried about something? Well earthquakes are the Earth’s way of getting rid of some stress.

This is amazing; more than a million earthquakes rattle and shake the world every single year. You can actually feel earthquakes from quite some distance away, but surprisingly they normally last less than a minute. We bet that minute feels like a lifetime.

Scientists can’t tell if an earthquake is coming unfortunately, but they’re putting those brains together to see how they can! That would be cool, so everyone gets a warning of what’s to come.

What causes an earthquake?

There are about 20 plates that run along the surface of the earth. They are constantly moving and always pushing past each other slowly.

When the plates are squeezed or stretched, massive rocks form at their edges. These rocks move with a massive force and this is what causes an earthquake.

Imagine this, to give you an idea. You hold a stick horizontally. If you had to really push down hard on it, you would see the stick bend. The more pressure you put on both ends it will eventually break, releasing the stress that you’ve put on the stick. The Earth’s crust works in exactly the same way. The plates move and they put forces on themselves and each other.

When that force is big enough, the crust breaks. When this break happens, that stress we spoke about is let go as energy which moves through the Earth almost like waves. We’ll feel this and this is what we call an earthquake. 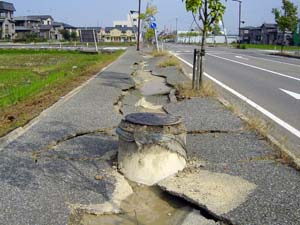 What is a fault?

A fault is an area of stress in the Earth. This is where broken rocks slide past each other, causing a crack in the Earth’s surface.

There are the major types of faults called dip-slip normal, dip-slip reverse, strike-slip, and oblique-slip.

What are plate tectonics?

The idea behind plate tectonics is an interesting story. This is where continents move from one place to the next and they break apart as the go, crashing and grinding against each other.

The plate tectonic theory is supported by heaps of evidence that takes into account the Earth’s crust and upper mantle, which are made up of some large, thin, quite rigid plates that move relative to each other. These plates move in different directions and at different speeds too. Sometimes these plates crash together, pull apart or sideswipe each other. When this happens, we’ll often get earthquakes.

What is a seismograph?

A seismograph is a machine that is used to measure the strength and the length of an earthquake. 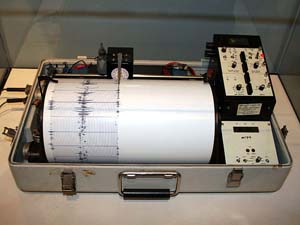 What is a tsunami?

A tsunami is a large ocean wave which is normally caused by an earthquake that happens underwater or from a volcanic explosion. Tsunamis are not tidal waves; they are caused by the forces from the moon, the sun and the planets which affects our tides.

Tidal waves are also caused by wind as it creeps over the water. With normal waves, water flows in circles, but with a tsunami, water flows straight and this is why they can cause so much damage. It would be frightening to see a tsunami heading your way.

What is a Richter Scale? 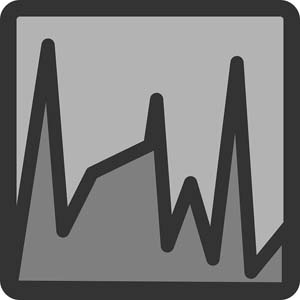 The most powerful earthquake ever recorded on Earth was in Valdivia, Chile. It happened in 1960, and measured 9.5 on the Richter Scale, which is one massive earthquake!

So now you should know all about earthquakes which can be extremely powerful and can cause a lot of damage too unfortunately. Maybe you can use this information for a project, or just be earthquake super-smart!