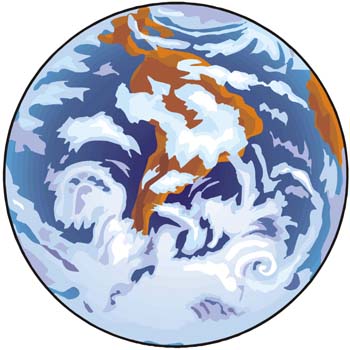 Even though we have this mighty Earth that we live on, it is actually quite a fragile planet. Its surface is split into plates, called tectonic plates. They float on the mantle of the Earth, which is the layer between the Earth’s crust and its core. Inside this planet there’s a whole heap of activity going on; there are active volcanoes, earthquakes and also mountains are being built on the edges of the tectonic plates. Wow, it is one big hive of activity!

Have you ever heard of a Leap Year? Have you ever wondered why it happens? Well, the Earth actually takes 365¼ days to complete its orbit around the Sun. Our year is therefore 365 days long. But all those ¼ days are added up and every fourth year has one extra day, on the 29th of February. That’s what a Leap Year is, and we get 366 days in that year, pretty neat! It happens every fourth year and the year it happens in can be divided exactly by 4! 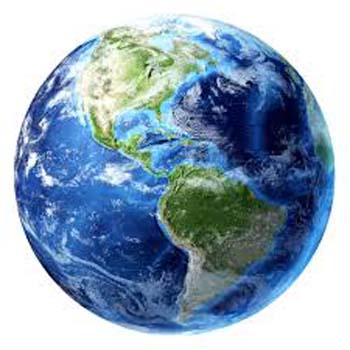 Scientists think that the Earth is about 4.65 billion years old. That is seriously old! But, life on our planet has only existed for about 150 million to 200 million years. So life has only been around for about 5% to 10% of the time since Earth has been around! Whoa.

You can see why Earth is such a special place and we need to look after it! There it is…everything you need to know. Amaze your friends with some of the facts you’ve learned.