Hearing is one of the five senses and we couldn’t hear without the help of our ears. They are very complex and intricate parts of the body that give us the ability to detect sounds, noises and even the variations of beat and music.

Ears have the ability to convert sound waves into actual nerve impulses that are then transmitted to the brain.

The middle ear contains the ‘Eustachian tube’ (U-stay-shee-an) that helps to equalize the pressure in the upper nasal area and drain any mucus build up. You might have noticed a popping feeling and sound when you drove up a hill or traveled down. This is the job of the Eustachian tube to balance pressure.

Children have immune systems that are just developing and therefore they seem to have a higher rate of ear infections. This is caused by the difference between their Eustachian tubes and those that adults have.

The inner ear has a hearing organ that is spiral in shape. It is called the chochlea. This, working with the vestibule and semicircular canals help us keep our balance. 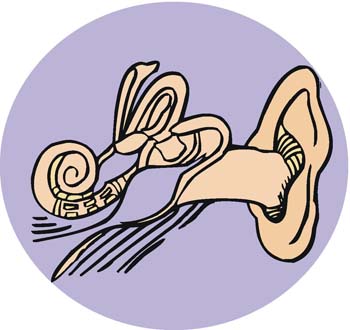 Sound waves that are passed to our ear through the air enter into the inner ear where there is liquid. The inner ear also contains tiny small hair cells that react to sound waves and then trigger the chemicals that are sent as nerve impulses to the brain.

When you move your head around, the liquid in the semicircular canals also moves around. The movement sends signals to the tiny hairs that send messages to the brain about the positioning of your head. Your brain sends messages back to the muscles to help to keep you balanced.

Have you ever noticed when you were on a ride at an amusement park and you get off the ride and feel a bit dizzy? That’s because the liquid in the semicircular canals were spinning and they were sending message to those little hairs that you were still spinning and then continued to spin even after you stopped. 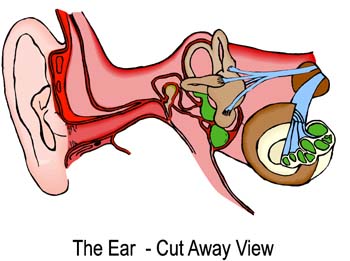 As you can see, the ear is very sophisticated and any abnormality that causes a malfunction can cause a person to be deaf.

Earlobes have long been used in many cultures for adornment. Ear piercing is a common practice and has been done for thousands of years. Some pierce their ears for cultural reasons, while others do it just as adornment.