The diamond is a precious stone that lots of people would love to own.

In fact, the first diamond every given in an engagement ring was way back in 1477.

Archduke Maximilian of Austria gave his true love (Mary of Burgundy) a gold ring with the letter “M” in diamonds.

That is cool, but did you know Diamond actually starts out as carbon?

Or the only thing that can scratch diamond is another diamond?

Let’s explore the world of Diamond to see what other sparkling facts we can uncover.

Diamonds are thought to date as far back as three billion-years, or more!

For thousands of decades, this substance has been highly prized.

They were collected and traded in India as early as the 4th century B.C. In fact, in the 1400s, India was the only known source of diamonds.

This lasted until the 1700s, and then Brazil took over as the primary source for this precious stone.

In the 1800s, a significant diamond source was found in South Africa.

Today, diamonds are being mined all over the world.

Where on Earth is Diamond Found?

They are formed when carbon is compressed tightly together then heated to extreme temperatures (2,000 to 3,000 degrees Fahrenheit or 1,093 to 1,648 Celsius).

Sometimes diamonds will find their way to Earth’s surface through volcanic eruptions, but most people have to dig or mine for them.

From the time diamond was discovered, there have been some crazy myths associated with it. Check these out;

What is Diamond Really Used For?

Although myths are fun to read about, the diamond really is a useful gem.

Since this stone is the hardest substance on Earth, it is used in cutting and grinding tools.

It can also polish and wear away other substances. However, perhaps the most popular use of this sparkling gem is in jewelry. 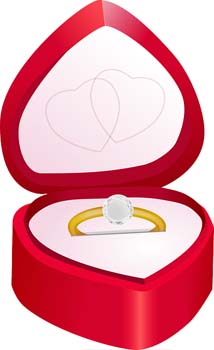 The Not-So-Nice Side of Diamond

When people discovered the value of diamonds, miners rushed to find as many as possible.

But this requires them to remove large amounts of soil.

It had an environmental impact, causing damage to land, reroute rivers, and lead to deforestation.

Mining can be very harmful to fish and wildlife and even people.

Besides, in the quest for finding a diamond, miners dig pits.

Over time these abandoned pits will fill with water.

Unfortunately, this can become a breeding ground for harmful insects, like mosquitoes that can spread malaria and other diseases.

Today, the mining of diamonds is regulated to keep these harmful things from occurring.

Look Up in the Sky! It’s the Sun. It’s the Moon. It’s…a Space Diamond?

There is a diamond in outer space that is the size of our moon!

Lucy or BPM 37093 was once as bright as our sun, but has now shrunk

. And because of all this compressing and extreme heat, the core of this star has turned into a huge diamond.

Now that you have learned all about Diamond and how important it is, go out and impress your friends and family with these fun facts.

They may think you are a brilliant “gem-ious” with all these fascinating factoids.