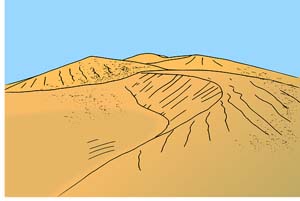 What is a Desert?

A desert is actually a place that gets hardly any rain at all, and because of that they are called a desert.

They get less than 400mm of rain a year. Now let’s compare that to somewhere else, to see how little rainfall that actually is. There is a mountain area in Hawaii, which is kind of like a funnel. Here they get up to 11,500mm per year. That’s nearly 30 times more rainfall than a desert. That’s quite something. No wonder deserts are so dry!

Around one third of the Earth’s surface is covered with deserts. That’s a lot of surface area that they cover.

Can you guess what the word ‘desert’ actually means? Well it means ‘abandoned place’ which is spot on for these places that have seriously harsh conditions.

Unbelievably there are areas in the Arctic and Antarctica that have no ice, and they’re called polar deserts. Seems amazing that those cold places have areas with no ice. 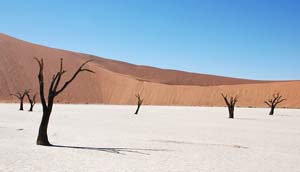 Now this is quite crazy. Only 20% of the deserts on Earth are covered in sand! Let’s rethink our thoughts about what deserts really are with that fact!

There are cold deserts, and these are the areas that are covered in ice or snow. Of course hot deserts are the ones in warmer areas.

The largest cold desert in the world is Antarctica and the largest hot desert is the Sahara desert. 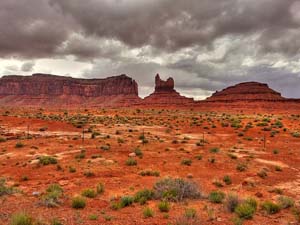 Unfortunately the Gobi Desert in the north of China and the south of Mongolia is growing seriously fast. This is because of something called desertification. Desertification is where fertile lands, where crops can grow, are turned into desert areas. This is caused by humans cutting down forests, droughts, climate change and other environmental causes.

The Atacama Desert in South America is the driest place in the world. It gets less than 1cm of rain every 5 to 20 years. Not sure that this is the place to go on holiday or go and live!

So we always think that hot deserts, are well hot, right? Well, they are during the day, but when the sun goes down that all changes. It can be seriously freezing in a desert at night.

Even though deserts have severe weather, there are a few creatures and plants who like to call this home. You get a number of shrubs and cacti, and you’ll also find animals such as lizards, rattlesnakes and coyote. Most of the animals that live in the desert only come out at night, meaning they’re nocturnal, as it’s just way too hot to go out there during the day.

Did you know that over 1 billion people live is deserts! Wow, they’re brave, as food is difficult to grow and there’s hardly any water, but they adjust to their surroundings. 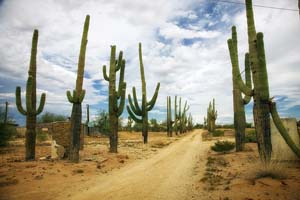 Desert plants like cacti have padded leaves which store water during a drought. Clever plants. But there’s more, they’ve got those nice, sharp spines to make sure the animals don’t eat them.

Be careful of a dust storm! If the wind decides to pick up some speed, it picks up dust from the surface. These dust storms can be up to nearly 2m high and can travel hundreds of kilometres.

As it’s so hot, some animals have also found ways to survive in the desert. The camel is pretty smart too. As body fat keeps heat locked in, the animals normally store all their body fat in one area and the camel keeps it all nicely protected in its hump. Cool huh!

If you think a desert would be boring, it can actually be some serious fun; you can go rock climbing, dirt biking, riding on camels and hiking, just remember to keep loads of water with you.

Did you know that there is a desert on every single continent except for Europe? Wow.

After everything you now know about deserts, do you think you’ll be