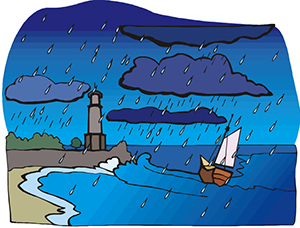 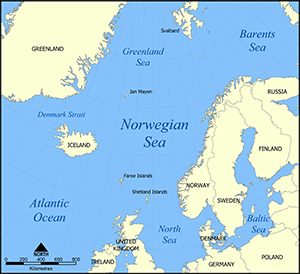 Answer: A strait is a narrow body of water that connects two larger water bodies.

Answer:Greenland is renowned as the world’s largest island, with the continent of Australia the overall largest island region. Greenland consists of about 81% ice and was a colony of the Danish government. Denmark first colonized Greenland in the 18th century, making Greenland an important part of Denmark in 1953. In the year 1979, Greenland was established as an independent government.

3. How big is the Denmark Strait ‘Waterfall’?

Answer:The Denmark Strait cataract is referred to as the highest underwater waterfall in the entire universe. The Strait has a flow rate that is believed to greatly exceed 175 million cubic feet. This figure means the Cataract is 350 times as large as the Guaira Falls between Paraguay and Brasil. Guaira Falls was thought to be 12 more times bigger than Victoria Falls. This tells you how large the Denmark Strait Cataract is.

4. What is the Difference between a Gulf and a Strait?

Answer:The Earth is majorly covered by water (as much as 71%). More than 91% of the 71% is covered by the ocean. However, there are different forms of water features, meaning we will always have to describe what an ocean is, the same goes for bay, strait, gulf, streams, et cetera.

A gulf is a large water body that is almost entirely encircled by land. However, it has a small mouth that is open to the ocean. The Gulf of Mexico is widely regarded as the largest in the world thanks to its 1,554,000 square kilometers total surface area.

On the other hand, a strait is a narrow strip of water connecting two larger water bodies. Straits are navigable and are called Channels when found between land masses.