The Czech Republic of today has a long history of being under power from one group or another. They have fought against Nazi Germany and were eventually taken over by the communist Soviet Union. The people of the country are resilient and they became liberated to form their own country. The area is filled with beautiful mountains and country landscapes and is a popular destination for anyone that hikes, bicycles or just wants to appreciate nature. 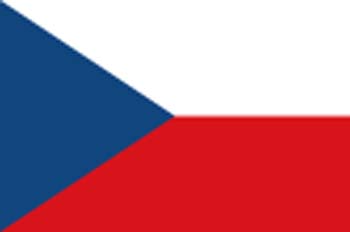 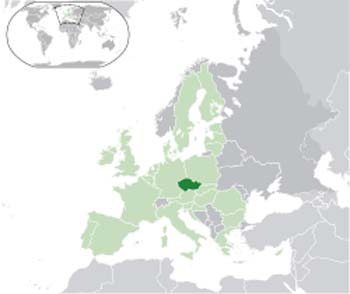 The Czechs had primarily a German immigrant background into Bohemia from the 6th through the 13th century. The area came under control of the Habsburg empire along with other kingdoms and countries. The people of Slovakia had a background as part of the area controlled and influenced by the Hungarian rulers and so the multi-ethnic, multi-cultural internal disputes began.

Czechoslovakia was part of the Habsburg Monarchy until the collapse at the end of World War I. At the time, the independent country of Czechoslovakia was formed and encouragement was given by the American President Woodrow Wilson.

The problem that occurred during this time was that the Slovaks and the Czechs were not on the same levels of technological and economic development, however, they found common ground when given the opportunity of freedom. This was only temporary, as it kept reoccurring throughout the seventy five years of its existence.

The Slovaks and the Czechs have similar languages, it took until the end of the 19th century for the differences to really take hold. This was due to the variations of development of their individual Austrian and Moravian as well as Hungarian overlords.

It took until the beginning of the twentieth century for the concept of an entity known as the ‘Czecho-Slovak” to be incorporated by both the Slovak and Czech leaders. Their differences were great but they shared the same concept of a unity for all.

World War I brought about the loss of many of the Czech soldiers. The formation of the Czechoslovak Legions of Russia, Italy and France included over 90,000 Slovak and Czech volunteers.

The same soldiers and volunteers participated in the fight against the White Russian forces, the Bolshevik troops and then also involvement in the dissolution of the Russian Tsar and his family. While the goal was to create allies in support of Czechoslovakian independence the Allies realized that the establishment of the Czechoslovak National Council in 1918 would remain as a major contributor to the future of the Czechoslovak government.

In 1918, the Czechoslovakian independence was proclaimed in the city of Prague. Only two days later the Slovaks joined the state and they adopted a temporary constitution. The country of Ruthenia was added as part of the Slovakia and Czech lands but this caused some border conflicts between Czechoslovakia and Poland. The proclamation was known as the First Republic.

Due to the various differences in histories, ethnic backgrounds, cultures, traditions and religions, there was a lot of problems in trying to create one country. The establishment of the new republic also passed a number of some of the most progressive reforms of its time in the topics of social security, housing and even workers’ rights.

During the reign of the First Republic they had inherited about 70-80% of the Austro-Hungarian Empire industry and the country quickly became one of the ten most industrialized in the world. Both the Slovak and Czech languages were recognized as official country languages.

The industrialization was primarily in the Czech lands, owned and operated by Germans and even had German-owned banks that controlled the area. The portion that had been Ruthenia was left without any industrialization at all.

The Czechoslovak government operation was considered to be politically stable and entered the world as a center of power.

The large German population created problems due to the fact that they were considered to be ethnic minorities but held a lot of power. This led to the more ready acceptance of Hitler and the Nazi Germans as they extorted an agreement that allowed the cession of the Moravian, Bohemian and Czech Silesian borderlands where the Czech population were forcibly removed to. The agreement was known as the Munich Agreement and was signed under threat of war from the Germans. The countries that were forced to sign included France, Italy and Britain.

The Second World War created a disbanding of the country and many of the Czech’s were forced to comply with the demands. They eventually had less and less power, even though this time is known as the Second Republic.
*Once the Russians entered as part of the Allied forces of World War II, the Soviets would not allow the country to be independent and thus started the time that they became part of the communist rule (1948-1989)

By 1968 the socialist democrats in what was once Czechoslovakia took hold and they created an anti-Soviet movement that was later known as the ‘Prague Spring’. By 1989 the movement became so strong that they overtook the country in a peaceful demonstration, although they were met with beatings a violence.

1992 brought freedom for the Czech Republic with the formation of a government and the recognition as a country.