It’s so cool going to the beach and having heaps of fun in the water, but have you ever wondered how sometimes the water can pull you in a different direction, or even how waves are formed? Well, we’re going to tell you everything you need to know so that next time you go to the beach, you can tell all your friends the cool info you’ve learnt. 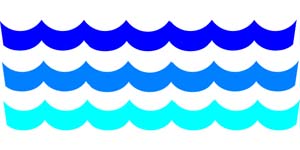 You know how your blood constantly moves through your body? Well he water in the ocean is very much the same; it is always on the move, never stopping to catch a breath. When we’re on the beach we see the water moving in the form of waves, and below the surface the water moves in great big currents. The water in the ocean never ever stays in one place, and every single drop of water goes all the way around the world.

Winds that move around on the surface of the ocean whip up those great big waves that we see. This is caused by friction, which is when one thing rubs up against another, between the air and water molecules which transfers the energy between the wind and the water. So that’s where waves come from. 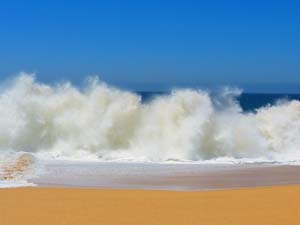 What are Ocean Currents?

An ocean current is a constant flow of water in the ocean. Some currents are surface currents while other currents are much deeper flowing up to about 50 metres below the water.

Deep ocean currents are caused by plenty of things like changes in the temperature, salinity, which is how salty the water is as well as the density of the water. 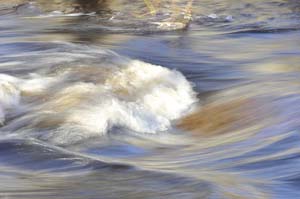 And there’s one other thing that causes ocean currents which might surprise you! It’s the gravitational pull of the Moon and the Sun! Wow, that’s quite something.

Now this is quite interesting. Under the surface, deep ocean currents also move water, but eventually surface waves and currents meet up with the deep ocean currents. Here’s what happens. The water in the North Atlantic Ocean freezes on the surface. Salt seeps into the water below. The salt and the cold together cause warm surface water to become heavy and thick. It then sinks on down right to the bottom. Once it’s there it moves very, very slowly. After hundreds of it reaches those lovely warmer waters and then rises to the surface again.

Do Currents impact our climate?

In fact, they do a lot! In some areas warm water moves from the equator to somewhere much colder, and that area then becomes warmer.

An example of this is the Gulfstream current. It pulls warm water from the equator to the coast of Western Europe. Because of this areas such as the United Kingdom are generally much warmer than areas on the same northern latitude in North America.

Now there’s all you need to know about waves and currents. Interesting stuff isn’t it?