In southeast Europe, Croatia starts at the Daube fertile plains and extends to the Adriatic Sea’s mountainous coast to create this crescent shaped country. There are 1,185 islands in the Adriatic that are all part of Croatia, and their popularity brings tourism from many countries. There are almost as many people that have emigrated from Croatia to other countries as the population living within Croatia. It is second in immigration only to Ireland. 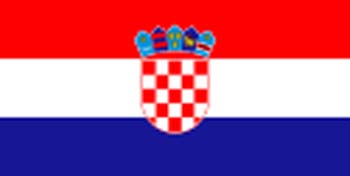 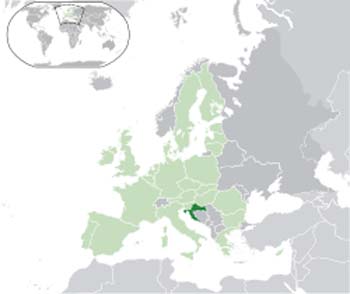 Croatia has been part of many cultures and absorbed and annexed as part of other countries. It has deep roots in culture and history with the neighboring countries of Hungary, Slovenia, Serbia, Montenegro, Bosnia Herzegovina, Slovakia, Romania, Italy and Austria.

In the 7th century the Croats settled the area as part of the Pannonia province. In the 7th and 9th centuries the area was converted to Christianity and it was then that they adopted the Roman alphabet.

In 925 A.D. the Byzantine and Frankish invaders were defeated by the Croats and they established their own independence until the 11th century. By 1091 they were conquered by the Hungarians and, although they retained their autonomy, Croatia was under the monarchy of Hungary.

In 1526 the Turks defeated the Hungarians and both Hungary and Croatia participated in electing their king, Austrian archduke Ferdinand of Hapsburg. This continued until 1867 with the established of the kingdom of Austro-Hungary which lasted until its collapse in 1918 after the World War I defeat.

Croatia announced it independence in 1918 and thereby joined in union with Serbia, Montenegro and Slovenia to form what was known as the Kingdom of Croats, Serbs and Slovenes.

Free elections were held in Croatia in 1990 when the communists were defeated. By 1991 the declaration was made for Croatia to become independent of Yugoslavia. This led to a six month battle with the Yugoslavian army in which thousands of lives were lost and devastating destruction in the country.

Jan. 1992 the United Nations Security Council arranged a cease-fire and sent a 14,000 peacekeeping force to monitor agreements and to assist in protecting the Croatian Serb minorities.

In 1993 the Serbian portion of Croatia voted for integration with the Bosnia Serbs and Serbia proper. However, negotiations for the cease-fire broke down and the Croatian army took over the Slavonia western portion.

There were several other political overthrows and variations in the next number of years, each one volleying for power and position.

Croatia has continued to progress both economically and politically since the war and in 2003 it applied for membership in the European Union.

In 2015, Croatia voted Kolinda Grabar-Kitarovic as the fourth president of Croatia and was the first female to hold the post. She had an excellent history as the minister of foreign affairs as well as the Croatian ambassador to the U.S. She also served from 2011-2014 as the NATO assistant secretary general for public diplomacy.

Velebit is a trademark icon of Croatia, representing unique beauty and a view of the many islands. The international network of Biosphere Reserves recognized it for its 70-80 endemic and 2,500 botanical species.

Many of the beautiful areas and wildlife preserves of Croatia were devastated during the 1991-1992 wars.

Croatia has a number of industries including the production of plastics and chemicals, fabricated metals, machine tools and electronics.

The weather in Croatia allows them to have excellent growth of wheat, sugar beets, corn, sunflower seeds and livestock.