Cows are one of the most popular domesticated animals in many countries around the world.

They bring several benefits to those that have them, but the surprising thing is that they are a lot more sophisticated than most people give them credit. 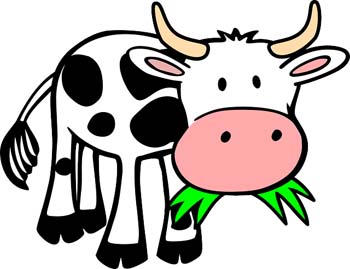 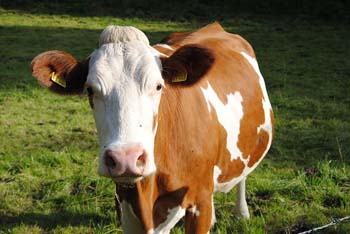 Cattle are big grassy eating mammals with cloven hooves. They have a very special four-chambered stomach, which helps them to digest grass.

They are the most common types of domesticated hoofed animals.

Some of them have horns, depending on the breed. Horns are found either side of the head just above the ears.

They stay in groups called herds and usually have one male called the Bull within this group.

Cows give birth to one calf a year, although sometimes they can have twins. When a calf is born, they can walk within a few minutes.

You will find cattle in many countries around the world deer generally used for meat and milk. 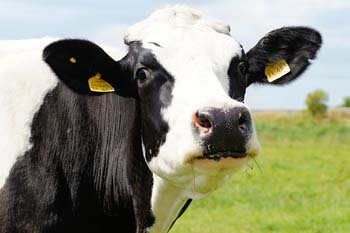 They are a lot like people in that they are very social.

They will automatically gather into a herd and will form bonds with some of the cows while avoiding others.

When a cow ‘chews their cud,’ they are regurgitating food that was partially digested in their stomach. The weird part is that cows don’t have the ability actually to throw up or vomit.

A cow doesn’t have the ‘knee structure’ design that can allow them to walk downstairs, but they can walk upstairs.

Dairy cattle are used explicitly for milking. Most farms will have a herd of cows, which they insure is regularly matting with a bull to produce calves, which in turn keeps the milk supply going.

Organic free-range milk is usually produced by cows that pasture on good land with a good supply of grass. Cows need milking at least twice a day, so farmers need to have easy access to the cows so that they don’t have to travel far.

Some dairy herds are kept in sheds and barns most of their lives and are fed feed specially adapted for cows. They usually have enough room so that they can lie down comfortably.

You can milk cows by hand, but on most large dairy farms, they use milking machines.

The farmer will use stainless steel containers to store the milk. It will then move to pasteurization which is a process that heats the liquid at very high temperatures to make sure that any bacteria killed off.

The milk is then sent to a dairy factory to undergo several processes. They will separate and remove most of the cream and the milk put into cartons that you buy in your local store.

Some other uses for this milk are turning it into ice cream, cheese, and even yogurt.

Steers are usually the preferred type of cattle used for beef because they are placid and will not fight each other. Heifers are also ideal for this purpose.

The cows within a beef herd are used to give birth and raise calves. Depending on the specific bred, they are not usually used for milking.

One nice thing is that beef cattle are often allowed to graze in large areas of open land because they do not need to be milked daily like dairy cattle.

The meat from a young calf is called veal and from older cattle, it’s called beef.

Meat that’s cut into flat pieces and used for grilling or frying is called a steak. Most of the parts of the beast are used for this purpose. Every part of a creature is put to use, including the skin, which is useful for making leather.