Has your teacher asked you to find out about the Seven Wonders of the Ancient World? Are you doing a class project on Ancient Greece? Or maybe you just love gigantic statues…

Well, it doesn’t matter why you’re here. What matters is that you’re going to leave here with 11 facts about the Colossus of Rhodes in your pocket. (10 just wasn’t enough…) 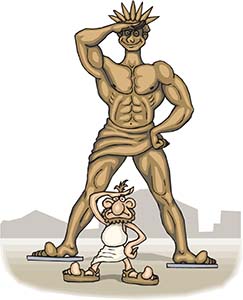 Colossus of Rhodes Facts for Kids 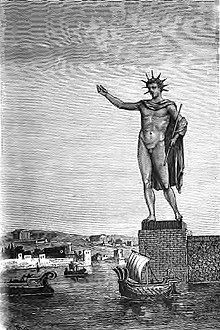 Question: Which ancient god was the statue of?
Answer: Helios.

Question: In what year was it constructed?
Answer: 280 BC.

Question: Who offered to pay for the reconstruction of the ancient statue?
Answer: Ptolemy III.

Question: What was the statue made of?
Answer: Bronze.

Question: Who conquered the Rhodians in the 7th century?
Answer: Arabs.