Not all chocolate tastes exactly alike, but it all tastes like chocolate, doesn’t it?

That’s because it all comes from the cocoa bean. 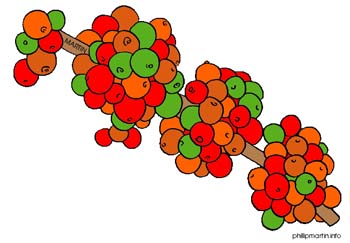 What is a cocoa bean

Cocoa beans are little beans found in the pods that grow on cacao (cocoa) trees.

The pods are orange and are about as big as a small pumpkin.

They look like a football with some of the air out of it.

When the pods are ready to be picked, they are cut open so the beans inside can be taken out and roasted (baked).

Before the cocoa bean is roasted, it has over three hundred different flavors.

Roasting the beans dries them so they can be crushed into cocoa (chocolate powder).

So I guess you can say chocolate grows on trees…sort of.

Plain cocoa is very bitter. It’s not really chocolate until you add sugar. 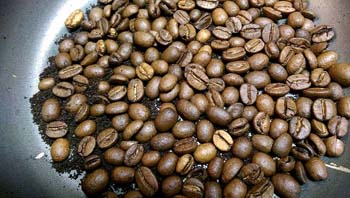 Since cocoa beans grow on trees, you might be thinking you want to plant a few in your yard.

Unless you live in South America or somewhere else south of the Equator, you won’t be able to.

That’s because cocoa trees only grow in climates where it is hot and humid all year long.

Cocoa trees need neat and humidity, but they do not grow well unless they are planted near taller trees that will help shade them from the direct sun.

That is why most people who grow cocoa trees also grow mangos or papayas.

This works well because both of these fruits need the same kind of weather and soil.

Cocoa trees can live up to two hundred years, but will only produce cocoa beans for about twenty-five of those years.

A tree produces about one thousand cocoa beans every year. That is enough to make about two pounds of chocolate. 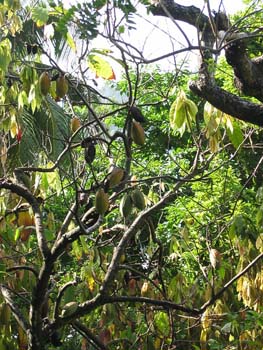 Every year, people all over the world eat or drink 2 BILLION pounds of chocolate every year.

So…if every cocoa tree produces enough beans to make only 2 pounds of chocolate a year, 1 BILLION cocoa trees are needed every year to keep the world supplied in chocolate.

The Mayan Indians were the first people we know of to use chocolate.

They crushed the beans into powder and mixed it with water for…HOT CHOCLATE.

They called it ‘bitter water’ because they did not put sugar in it.

Other interesting facts about cocoa

How are each of them different?