Have you heard about climate change or even global warming?

Does it sound a bit complicated?

Well we’re going to make it easy for you to understand exactly what climate change is.

You can use this information in projects, or just become clued up on what climate change is all about! 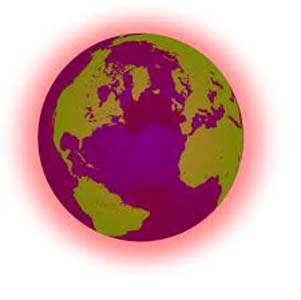 There have been loads of rumblings about how our climate is changing, with scientists warning us all the time that these changes are happening right now, and they’re harming living and non-living things on Earth.

This is called global warming.

Here’s an example for you to think about.

The amount of rainfall has risen in certain parts of the northern hemisphere since the beginning of the 20th Century.

It is also believed that sea levels have gone up by about 19cm across the entire world with lots of icy glaciers melting. 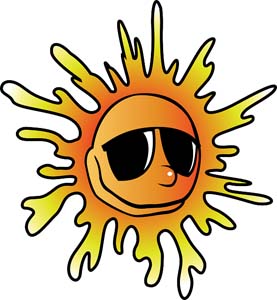 Some people don’t believe this is caused by us humans, but let’s get some of the facts together and you can see what you think.

There are a couple of words that you need to understand first, so that we can explain climate change to you better.

What do these words mean?

Climate Change –any change in our climate including wind, precipitation (rain, snow, hail), temperature, winds and other things.

Global Warming – any changes in temperature across the Earth

Greenhouse effect – sometimes people build greenhouses, which is a small glass house to grow flowers or trees. They build them to keep that hot sun in there and not escape. The Earth is like a glasshouse, with some important gases that keep us warm like water vapour, carbon dioxide, nitrous oxide and methane.

When the sun heats the earth, these gases make sure that the heat is kept on the surface of the Earth.

Without these gases, the heat would escape back into space and our temperatures down here would be about 16⁰C colder.

This is the greenhouse effect.

How does the Greenhouse Effect work?

The Earth’s atmosphere is all around us and is the air that we breathe.

Some of this energy goes back into space, while a lot of it stays in the atmosphere because of the greenhouse gases, causing the Earth to warm up.

This warming is called Global Warming, and is caused by the greenhouse effect we’ve just described.

The greenhouse effect is really important, as without it we wouldn’t be able to live on Earth as it wouldn’t be warm enough. It would be one very chilly place.

But, if the greenhouse effect becomes super strong, it could make the Earth warmer. This could cause problems for us, plants and animals.

Why are there more Greenhouse Gases?

Today we’ve got loads of different industries, with things like cars, planes and engines being produced in millions every year.

Also there are loads of artificial things being made that end up in waste dumps.

As humans we are producing more waste than ever before.

All this waste produces smoke, fumes and water vapour.

All the artificial things that make us comfortable at home, like computers, irons, kettles or microwaves are producing more greenhouse gases than ever before.

And of course these are getting trapped in the atmosphere and making the Earth’s surface warmer. This is Global Warming. 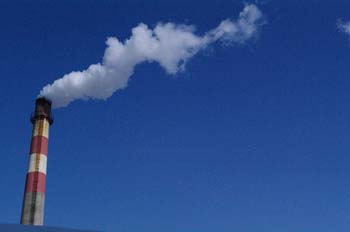 Almost everything we have needs power and this power comes from burning fossil fuels and other natural sources.

The more fuels that are burnt, the more CO² is sent into the atmosphere.

So each time your parents drive their car or you turn on an electrical appliance, you are adding more greenhouse gases into the atmosphere.

We need lots of trees, so plant them whenever you can. This is making a big impact on Global Warming and Climate Change.

What can Climate Change do?

Global Warming causes land and water to expand because of the heat, and it also causes ice sheets to melt.

When lots of ice melts it becomes water and then goes into streams, rivers, lakes and seas. This means that our water levels are rising. This could cause floods.

Our weather can be more extreme where we could have more droughts, or viscous storms and heavy rain.

Climate Change can be difficult for plants and animals, for example where polar bears and penguins live in icy conditions and those ice sheets start to melt, they’ll have nowhere to live.

What can you do about Climate Change?

Each and every one of us can make a difference, and here are some things you can do to help!

We hope that you now know all about Climate Change and what you can do to help.