Are you doing a class project on Rio de Janeiro? Has your teacher asked you to find out about Christian monuments of the world? Maybe you’re just hungry for knowledge…

Whatever the reason, you’re in the right place. We’ve got 10 seriously cool Christ The Redeemer facts for you! So get ready to impress your teacher. 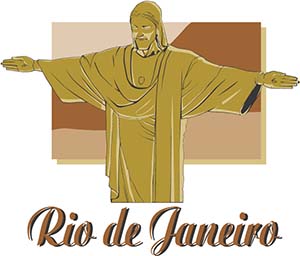 Christ The Redeemer Facts for Kids 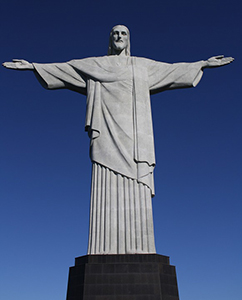 Question: What style is the design of the statue?
Answer: Art Deco.

Question: What is the statue made out of?
Answer: Reinforced concrete & soapstone.

Question: How long did it take to build it?
Answer: Nine years.

Question: What was damaged by lightning in 2014?
Answer: The back of the head & finger tip.

Question: Who is the chapel named after?
Answer: Brazil’s patron saint, Our Lady of the Apparitio