If you have ever been to a swimming pool, then you most likely have come in contact with Chlorine – it’s that strong smelling chemical that kills bacteria and germs. But did you know Chlorine can also look like a greenish-yellow gas? Or that it is considered very “sociable”? There are many more fascinating aspects to this stinky element, so let’s dive right into the properties of Chlorine. 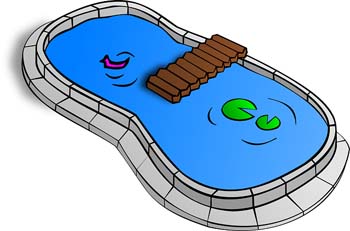 A pharmacist by the name of, Carl Wilhelm Scheele, accidently discovered a property of Chlorine. He was working in his lab in 1774, when he dropped some hydrochloric acid (Chlorine) onto a piece of manganese dioxide. What happened next was astonishing; a greenish-yellow gas suddenly appeared. However, this wasn’t when Chlorine was discovered. In fact, people of this time thought Chlorine was actually a compound of oxygen.

It was decades later when an English Chemist (Sir Humphry Davy) finally made the claim of Chlorine being an element. He named it “khloros,” which is Latin for greenish-yellow. In 1810, this brilliant man renamed our green friend to “chloric acid,” or as we know it today, Chlorine.

Where on Earth is Chlorine Found?

Chlorine is in a group of salt-forming elements known as, halogens. As we mentioned earlier, Chlorine likes to be with other elements and is considered to be “highly reactive.” It likes to hang out with potassium, sodium and magnesium. The most common place Chlorine is found In nature, is in the form of salt. In fact, approximately 1.9 percent of Earth’s seawater contains Chloride ions.

What is Chlorine Used For?

You may be surprised to learn all the uses of this important element. Check out the things Chlorine is used for; 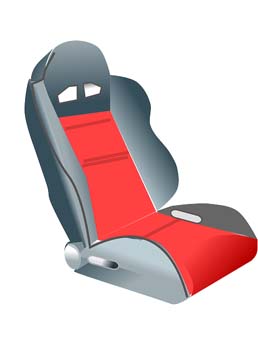 The Not-So-Nice Side of Chlorine

Even though Chlorine is helpful in many areas of our lives, it does have a not-so-nice side. The natural gas from Chlorine can be harmful to people and animals. It can irritate the eyes, nose and skin. Its fumes in high dosages can cause excess fluid to build up in the lungs – this makes it hard to breathe. It has been known to cause severe burns and even can cause frostbite of the skin and eyes when in its compressed liquid state. Always remember to be careful when using Chlorine, even when cleaning.

Fun Facts About Chlorine ~ Did You Know…

Try This ~ A Fun Experiment With Chlorine

It’s always fun to see chemicals at work, so try this easy experiment to see how Chlorine can kill nasty bacterias.

First, you will have to leave a piece of bread or fruit out until it becomes moldy – tell Mom it’s for an experiment so she doesn’t throw it away. Once the bread or fruit is ready, carefully cut it in half. Now wearing gloves place your experiment on a plate or in a bowl and pour a small amount of chlorine on one piece. Now the waiting begins. After a day or so you should notice that the mold on the Chlorinated piece is disappearing.

Now that you have learned all about Chlorine and how important it is, go out and impress your friends and family with all these fun facts. They may just believe you are a master of elements with all your Chlorine smarts.