The Chesapeake Bay varies in depth and size. Its narrowest point measures about 2.8 miles. Its center, on the other hand, has a thickness of about 172 feet. 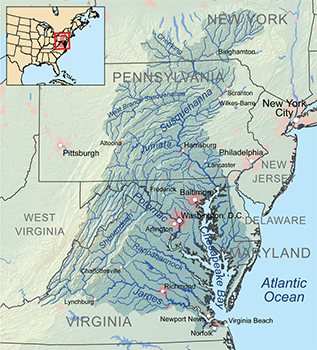 1. Six of the states making up the United States border the Chesapeake Bay.
2. Historians believe that the bay got its name from the word Chesepiooc which is an Algonquian name meaning a village at a big river.