Did you know that caves can actually take millions and millions of years to form? They don’t just pop up and woo hoo, there’s a great cave. Take a read and find out more about awesome caves. 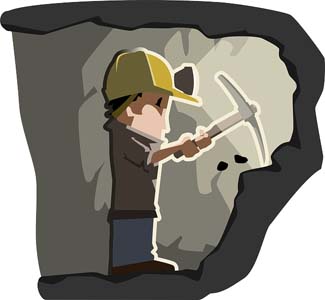 How are caves made?

Caves don’t actually start out as caves. That’s a weird thought. They form in rocks over millions and millions of years. Most caves are formed with marble, limestone, dolomite and gypsym. These are rocks that can dissolve easily over time.

What happens when a cave forms? Well they are usually made when water runs over those soft rocks we mentioned earlier. This water has acid in it which slowly has a good old munch on the limestone, and there you go a cave! The cave will get bigger and bigger over time. But if the water decides to find a new path, the cave is left dry. 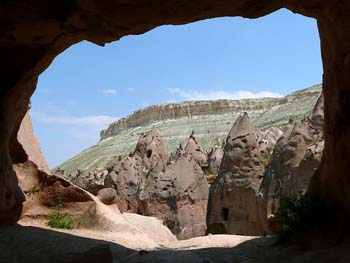 Caves can often have cool passageways that are created by the rock eroding. Now that would be cool to explore.

You also get glacier caves, and these form when melting ice finds its way and flows through water within a glacier. Cool huh!

A fracture cave is created by the dissolving of more soluble, something that can be more easily dissolved, mineral rocks sitting between layers of less soluble rock, creating fracture collapses.

What are Stalactites and Stalagmites?

Have you ever heard of stalactites or stalagmites? Well if not, listen up and find out about these amazing structures within a cave.

You will find stalactites on the ceilings of caves and they can be quite amazing! They are made from the constant dripping of mineral rich water, which little by little leaves mineral deposits on the ceiling and then the minerals harden. 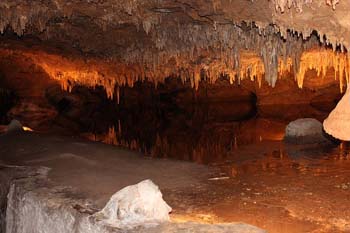 Stalagmites on the other hand you’ll find on the floor of a cave. They are created by water droplets that are full of minerals that fall to the floor. They then grow, sometimes very large, and they often look like large pillars. 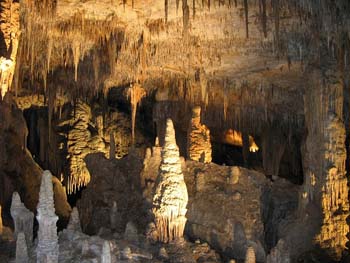 This is amazing! Stalactites and stalagmites sometimes join from the floor to the ceiling. But, this can take a very, very long time. They will grow about 2.5cm every 100 years. Wow!

Do you think that one day you’d like to be a cool cave explorer? Well if you did, there are names for this. It is called potholing, caving of spelunking! Which one would you prefer to be called?

Scientists study caves all the time, as well as the environment that surrounds them. So if you decided to be a scientist who studied caves it is called Speleology. Also the formation and development of caves are Speleogenesis. Wow, some big words there.

The world’s three longest known caves are Mammoth Cave in Kentucky, USA which is 651.8km long. Wow. The next one is the Sistema Sac Actun or Sistems Dos Ojos in Mexico and that is 318km long. The last one is the Jewel Cave in South Dakota, USA and is 267.6km. Those are some seriously long caves! It would take ages to spelunk those!

Caves have been used right throughout history as shelter for humans, for burials and religious sites too. Heaps of ancient paintings and ancient treasures have been found in caves around the world.

Who calls a cave home?

Caves certainly aren’t very easy to live it. It’s cold, dark and wet too. So what creatures will you find within these marvels of nature.

You’ll find bats, cave crickets, cave spiders, bears and ringtail cats. So there are quite a few animals that make their homes in there.! 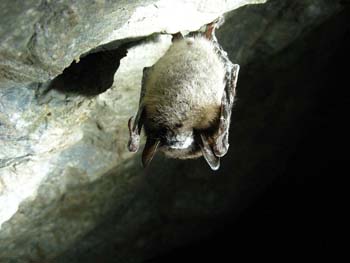 There’s another creature called a troglobite and they only live in caves. They often have unique features such as a loss of pigment or colouring, with no eyesight or even eyes that have developed due to the extreme darkness. Not sure we want to be bumping into these in the middle of the night!

So there you have it…you’re a cave whizz now. You can use all this information for projects or even tests! Caves are very cool places and great to explore!