Cape Cod is a well know holiday area in the United States. It is part of the Atlantic Ocean. It borders Massachusetts along with a few other bays. This area was explored by European navigator, Giovanni da Verrazzano in 1524. Interestingly, people think that Cape Cod Bay may have been a freshwater lake once upon a time when the last glaciations drained into the Orleans Harbor. This was also the location of the Pilgrim’s first anchorage in 1620 so this bay holds not only a lot of water but a lot of history too! 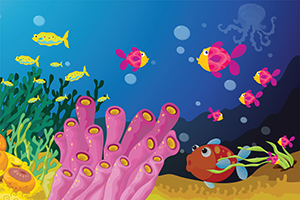 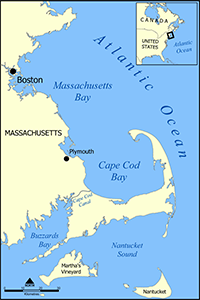 1. Which US State does Cape Cod border?

2. Who was the first person to discover the Cape Cod Bay area?

3. How tall is the Pilgrim monument in Provincetown Harbour?

4. Which type of whale migrates here?